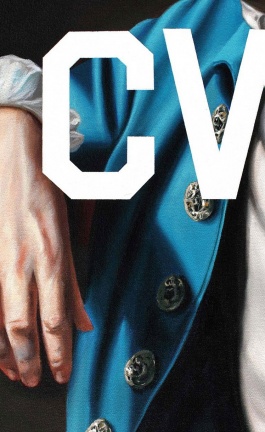 Mastering the Art of Memespeak with the Paintings of Shawn Huckins 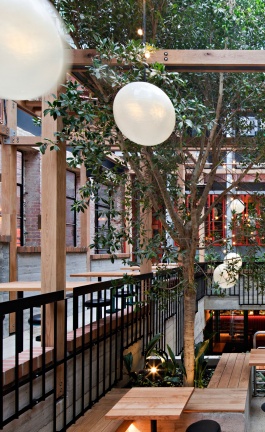 The Welcoming City Oasis of the Garden State Hotel in Melbourne

Located in Fitzroy -a densely populated inner-city suburb of North Melbourne, which was once a working class, industrial area, now an up and coming bohemian Mecca with a vibrant art and bar scene- this narrow terrace house has been transformed by local studio AA Architects from a single storey workers cottage into a three bedroom, two storey family house of minimal elegance and modern aesthetic characterized by a decorative language of angles and folds.

Working with a long and narrow floor plan, the property is sandwiched in a row of terrace houses. While abiding to strict zoning laws, the architects have however managed to abandon the house’s existing layout of consecutive rooms for an open plan space incorporating the kitchen, dining and living room. Now drawn away from the front street where one of the bedrooms has now been repositioned (the other two are relocated on the new floor above), the living area now faces the back garden which not only allows for full glazing without jeopardizing privacy but also extends the space even further when the patio doors are opened.

The living area faces the back garden and can extend even further when the patio doors are opened.

In order to overcome the main disadvantage of the property’s narrow plot, namely the lack of daylight and the sense of enclosure, the architects have cleverly incorporated a double-height circulation space flanked by a light well at the center of the building, allowing an abundance of natural light to spread from the house’s core to all the communal spaces around it. A monochrome palette of white on white with charcoal and black accents used for the interiors helps the daylight diffusion whereas the translucent glazing used for the angled, upper part of the light well ensures privacy.

An origami-like visual language of angles and folds is used throughout the house as a decorative theme.

Undoubtedly, the centerpiece of the house is the staircase volume that sculpturally twists and rises to the first floor. Similar in the dynamism and visual impact seen in the staircase of one of AA Architects’ other residential refurbishments, a butter factory converted into a loft apartment in West Melbourne, it eschews the sinuous, curvaceous forms of their previous work for a faceted, prismatic geometry that physically unfolds in a tour de force of design. This origami-like visual language of angles and folds is further used throughout the house as a decorative theme, from the light well’s glazing mullions and the staircase banister, to the kitchen cabinets and the bathroom tiles, providing architectural coherence, aesthetic flair and visual stimulation, much needed in an otherwise conventional setting of suburban homogeneity.