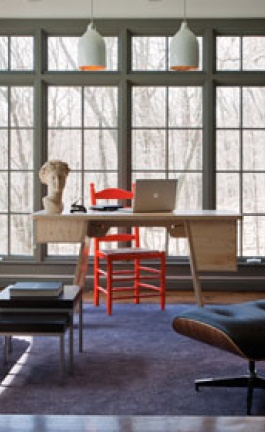 The Wilton Residence by UXUS Design 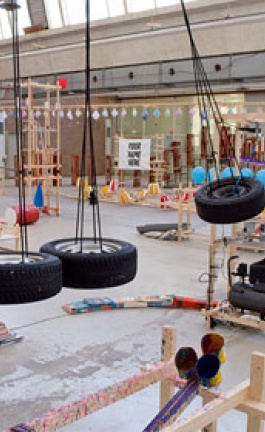 Antwerp: June 16, 17 and 18 2011 // The Fashion Department of the Artesis Hogeschool, presents its annual graduation show of its talented students. Undoubtedly a much-expected fashion event as the Academy constitutes the mother of major designers of today’s fashion; Creators who established the unique and mostly radical vision of fashion, known for its unique minimalism and production techniques. The famous alumni of the Fashion Department of the Royal Academy of Fine Arts in Antwerp, namely the ‘Antwerp Six’ (Dries Van Noten, Ann Demeulemeester, Dirk Bikkembergs, Walter Van Beirendonck, Dirk Van Saene, and Marina Wee) set up the basis for a new design era, primarily based upon superior quality materials and non-mass production methods. Today, almost thirty years after their graduation, the academy holds its annual rendezvous’ to celebrate its new breed of exceptionally trained talents who will become the future charioteers of the multi-faceted carriage that is called fashion.

This year, very promising designers with great potential made the great stars of the night.  Students from all four years showed their work on the runway, for the eyes of multi-background audience comprised of fashion experts and lovers, former students, manufacturers and vendors and of course the professional international jury of the Academy, who judged the contestants’ collections and installations.  Every year the followers of the event ask themselves who of the participants will be the next rising stars. A  choice difficult to be made as the design competency of the participants is most of the times above the median level.  We have included a brief intro for the Seven MASTER collections of Class 2011 so as you become first aware of the names that is more likely to hear often in the future;

Leonneke Derksen
Collection: 'Formosa' // Nationality: Dutch // Age: 24
A deformed collection inspired by the work of the Danish photographer Asger Carlsen. The idea behind this collection is based on disproportion.  An elegant play of forms and proportions supported by a natural twist of fabrics and color treatments.

Frederick Hornof
Collection: ‘Then was my Neophyte’ // Nationality: German // Age:  24
A delicate collection inspired by the eccentric characters of the all-time classic movies ‘Sunset Boulevard’, ‘Great Expectations’ and ‘Grey Gardens’. The name of the collection derived from Dylan Thomas poem ‘Then was my Neophyte’, and ties to convey the cynical state that the women of the aristocracy usually fall into. A fusion of sculptural garments and accessories that create almost statue-like silhouette.

Yusuke Hotchi
Collection: ‘Borderless’ // Nationality: Japanese // Age: 27
A combination of Japanese Fashion design with street-style and African art influences. The inspiration for the collection comes from the influences of different cultures. A combination of Japanese influences (kimono patterns and ‘obi’, which means ‘corset’ in Japanese) and a new style of elegant street clothes (biker and denim jackets), together with African details.

‘This collection is about a boy who has an imaginary boyfriend. Everyday, he prepares to get married. This, together with the love for his armour, videogames and his mother’s couture jackets makes up his cute wardrobe’ – An ultimate attempt to convey the confused stimuli of ambiguous sexuality.

Karolina Piech
Collection: ‘ULTRA’ // Nationality: Polish // Age: 30
"I am inspired by the unlimited expression of emotions by David Lachapelle’s movie ‘RIZE’ and I juxtapose that with suppressed reality in Poland in the period between the 1950s and 1989. That specific aesthetic gave me the idea of different vibrant print developments and original fabric textures."

En-Ya Valdenhende
Collection : 'HERITAGE' // Nationality: Belgian // Age: 22
The design of shadows. Clothing pieces created upon the effects made when playing with the light and shadows.  Main inspirations of the collection constitute the works of iconic fashion photographers such as Erwin Blumenfeld, Irving Penn and Helmut Newton. The mood of the collection is rather dark and androgynous.

Jantine Van Penski
Collection: ‘WIRES 10.0’ // Nationality: Dutch // Age: 24
''My inspiration comes from the Art Fabric, a movement in Textile Art in the 1970s that doesn't really exist anymore. Building constructions out of cord and yarn around the body of a fragile and mysterious but powerful woman. I drew my DNA in lines and shapes, embracing the safety of being at home with the darkness outside. This is trans- lasted to time-consuming, hand knotted and refined pieces of cloth.''

Yatzer's backstage favorites:
Below you will find a selection of works by talented students who participated in the 2011 SHOW