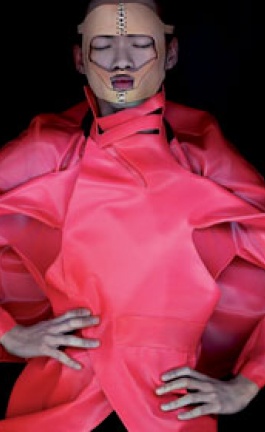 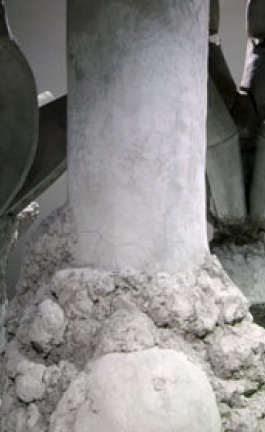 Adrián Villar Rojas’ Larger than Life Sculptures From Another Universe

We think of innovation and invention as highly engineered, complex systems that are built by some mad scientist in a remote space.  The process results in long and layered equations, drawings and an endless source of references illustrated in a step by step process to further explain the construction of the device or machine. We have familiarized ourselves with this elaborate system through Einstein, Sherlock Holmes, even the coyote as he tries to invent ways to capture the road runner.  For this week's VOW, we have brought you one of those diagrams to life.  It is highly engineered, highly interactive and social but the actual task of the machine might deceive its purpose and vision.  We introduce you to Melvin the Machine, the leading attraction of the 2010 Dutch Design Week.

Melvin the Magical Mixed Media Machine is best described as a Rube Goldberg machine with a twist. Usually, Rube Goldberg machines perform a simple task as inefficiently as possible, triggered by a series of chain reactions that range throughout the sequential system. We are mostly familiar with them through the latest OK GO music video, This Too Shall Pass. In this occasion, the Rube Goldberg machine has an identity of its own. Unlike the other machines, Melvin the Machine knows how to promote itself and interact with its watching audience and the audience that follows it on Twitter and Facebook.  As it operates, Melvin captures images and video of the people watching it and shares it immediately through the website.  Furthermore, Melvin even prints posters and creates apparel to sell for its own survival and promotion.  All these interactions are integrated through the sequential process of each run. Not only do you witness Melvin but now Melvin witnesses you.

Created by studio HEYHEYHEY for the 2010 Dutch Design Week, Melvin was featured for 10 days at the MU artspace where 14,000 people came to see it perform. The idea behind Melvin is to capture a moment and make the experience worth more than the process itself.  With built in buttons and triggers connected to computers, Melvin is able to disguise the value of its task by mesmerizing the audience to follow the track of sequences but capturing the "moment" where they all share space and experience this piece of engineered art.  Superb Melvin.  We are all watching and we know you are too!