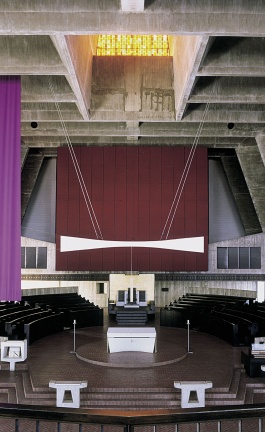 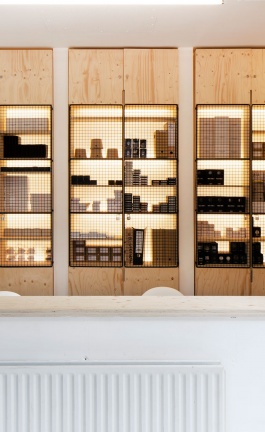 Seven girls, a mansion perched on a Cycladic rock and a cycle of lessons on discipline, desire and demise. This is ‘The CAPSULE’ (2012), the latest short film from Greek director and co-founder of HAOS Film, Athina Rachel Tsangari. We are both thrilled and honoured to be able to present the short, along with exclusive film stills and the first world-wide viewing of its, as of yet, alternative unreleased trailer exclusively on Yatzer.com today.

Commissioned by the founder of the DESTE Foundation of Contemporary Art in Athens, Greece and avid art collector Dakis Joannou, the film is the 2012 interpretation of the ‘DesteFashionCollection’, a project that since 2007 has aimed to establish a novel approach to evaluating and interpreting fashion through purpose-made artworks for a ‘capsule collection’ that instigates a dialogue between fashion and art. Tsangari, the first film director commissioned for the project, has masterfully created a captivating 35-minute avant-garde short that boldly shies away from the conventional fashion film.

The follow-up to her highly praised film ‘Attenberg’, The CAPSULE is a hauntingly beautiful Goth-inspired mystery. Filmed on the island of Hydra, Greece, the short is an haute couture-clad coming-of-age fantasy about a matriarchic dominatrix and her female disciples that tells the story of a flock of porcelain-skinned young girls trapped within an 18th century Cycladic mansion and the rituals they perform as a rite of passage to becoming women. Flirting with elements of melodrama, horror and even fetishism, the film explores the essence of female nature, a subject matter that appears to appeal to Tsangari. Ingeniously experimenting with genre film ideas, Tsangari offers an insight into female nature using elegant yet shocking visuals that are rooted in allegorical absurdity.

The drawings of Polish artist Aleksandra Waliszewska, who co-wrote the film with Tsangari, created a narrative storyboard that formed the basis of the film. Bringing those drawings to life, the mansion becomes the place where innocence comes to die. The young girls are ''born'' by the house into their new selves and discover their true female calling. Anticipation. Fear. Rage. Boredom. Pleasure. Power. Desire. Thievery. Jealousy. Animalistic idiosyncrasies, primeval instincts and archetypical traits of female nature and sexuality emerge to the fore, as the girls discover and come to terms with their identity, body and inner selves. To this effect, the spectacular Confessions scene is an image especially carved into our minds for its powerful intimacy. Poised and vulnerable, yet brutally honest, the young disciples vie for the attention of the matriarch as they humbly wait in line to reveal their darkest secrets in a sun-bathed, heavenly-lit mansion hall that appears to be both as pure as their formerly innocent souls and as stone-dead cold as their new-found urges.

The DesteFashionCollection 2012 curated by Athina Rachel Tsangari is the central feature of the film. She selected works from emerging avant-garde designers who boldly challenge the boundaries of fashion as wearable sculpture and shaped the film around them. Playing with the idea of the body as a sculpture, Tsangari’s capsule collection pieces dictate identity and behaviour, morphing into symbolic materializations of subliminal desires. The gold plated collar by Marc Jacobs for Louis Vuitton worn by the matriarch becomes a symbol of power and an object of envy. The identical black, white-collared dresses by Vassilia Rozana & Athina Rachel Tsangari herself worn by the disciples become a symbol of uniformity and at the same time the driving force that fuels competitiveness, while the bondage-inspired silk lingerie by Bordelle by Alexandra Popa act as modern-day Victorian corsets that constrain their spirit and urges. The film also makes dramatic use of clothing that responds to the environment or the temperature of the body, such as the ethereal light sensitive interactive dress by Montreal-based designer Ying Gao.

In all its absurdity and whimsy, Athina Rachel Tsangari presents a highly stylized ritualistic tale with fetishistic undertones that masterfully opens up a dialogue between cinema, fashion and the fine arts, all the while drawing parallels with the role fashion plays in shaping or breaking behavioural conformities. What started as fashion’s take on a horror film effectively becomes the medium for a heightened exploration of what it is to be a woman. With its narrative of seven girls entrapped within a spellbinding mansion, clothed in their restrictively dictating clothes, entrapped within visceral urges and societal norms, The CAPSULE is a wonderfully ambiguous and hypnotic ''Greek Gothic'' tale that is as twisted and perverse as it is liberating.