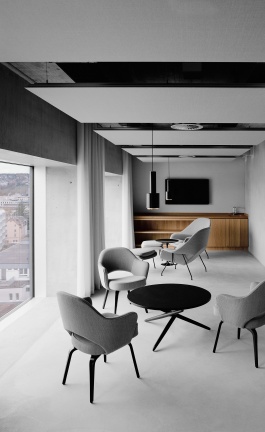 The Deceptive Simplicity of Deaconry Bethanien 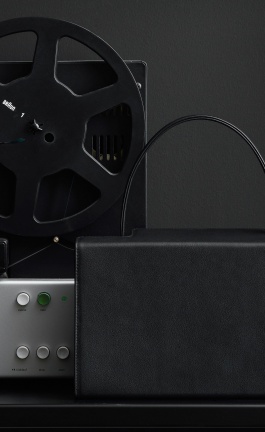 The gay community loves a comeback, a second act so to speak that embodies the liberating power of reinventing oneself. So when news spread that The Imperial Hotel in Sydney, an iconic venue in the city’s gay nightlife and one of Australia's most revered LGBTQI safe havens, was going to be re-launched this year after closing down in 2015 the community was ecstatic. To appreciate the iconic status of this much loved queer pub, keep in mind that the opening scene of the 1994 cult Australian film 'The Adventures of Priscilla Queen of the Desert' was filmed here. Taking into account the venue's storied past of unabashed flamboyance and unconditional inclusivity, local design practice Alexander & CO's renovation is both a celebration of its legacy and a reinvention of its character. As Jeremy Bull, Alexander & CO’s Principal explains, “it’s a reclamation of the venue’s past theatre and hedonism reformed into something beautiful, a lost palace”.

Occupying a prominent corner location in Erskineville, an inner city Sydney neighbourhood that locals affectionately call Erko, The Imperial Erskineville, as it’s now branded, has been thoroughly revamped from top to bottom in an eclectic medley of decorative styles, colours and motifs. It's a bold statement of aesthetic pizzazz and visual delirium that perfectly embodies the values of diversity and openness. The same kaleidoscopic variety can be seen in the venue’s offerings: on the ground floor ‘Priscillas’, a pub-bistro that takes its name from the aforementioned movie, marries a vegetarian-centric menu with nightly drag shows; on the upper floor an open-air pizzeria is accompanied by a cocktail lounge, while a dance club in the basement hosts regular parties from some of Sydney’s best queer collectives.

Combining the mysterious ambience of an outback saloon with the zany gaudiness of a vaudeville theatre, the 250-seat restaurant Priscillas viscerally conjures the designers’ concept of a ‘lost palace’ through the harmonious convergence of seemingly contrasting aesthetics. Stone floor tiles, weathered hardwood flooring and exposed brickwork are masterfully interlaced with marble, velvet and leather surfaces and enriched by ornate trimmings, ruffles and tassels, while a vivid colour palette of pinks and magentas is boldly combined with natural hues and rough textures. Hand laid masonry arches and bespoke tile patterns in the main dining space are cheekily juxtaposed with a gay version of the Sistine Chapel's ceiling fresco in the bar area and a suspended paper sculpture in the private dining room. Various repurposed lamp shades, vintage chandeliers, brass wall sconces and fringed pendants showcased throughout the ground floor further enhance the sensation that you’ve just stepped into a wondrous place lost in time.

Priscillas’ decorative eclecticism is also reflected in its culinary offerings that include a ‘Drag ‘n’ Dine’ dinner menu of mostly vegetarian & vegan dishes by Group Executive Chef Dave Clarke, accompanied by drag shows seven nights a week, a lunch menu of burgers and pub classics, and a ceviche bar where guests can nibble on marinated fresh fish and grilled meats prepared over wood or coals. Needless to say, there is also a sumptuous selection of cocktails named after infamous drag queens, which are served both in the main bar area as well as the adjoining glasshouse and courtyard that have replaced the original stage.

Upstairs, a cocktail lounge and an open-air terrace serving casual Italian cuisine comprise Imperial UP, a stylized environment inspired by mid-century Miami Art Deco, Pop Art, the glamour of Studio 54, and the post-modernist maximalism of the 1980s Memphis Group. Historically the upper level was where the drag queens’ dressing rooms were so the exuberant flair of the interior décor is a fitting homage to its sequin-laced past.

Conceived as an ‘Arts Social Club’, the cocktail lounge is enveloped in sun bleached pinks jazzed up by mustards and burgundy, zany geometric shapes stretching across the walls and carpet, and quirky retro collectibles such as a brass palm tree console, cubist table lamps and cross-stitched fabric bucket chairs. Overseeing this Mardi Gras utopia, is the ‘Golden Lady’, an icon repurposed from the lower floor and re-lacquered in gold, triumphantly standing atop the angular bar which is sleekly finished in coloured laminate and chrome.

The same pop art-infused ambiance continues in the terrace outside where in lieu of a golden statue the focal point is the trattoria's glittering golden pizza oven, a bold gesture akin to the fiercest drag queen sashaying onto the stage. With Australia’s first same sex marriage Cathedral due to open on the rooftop in 2019—same-sex marriage was legalized in the country in December 2017—it’s safe to say that The Imperial has once again found its way into the hearts and minds of Australia’s queer community.