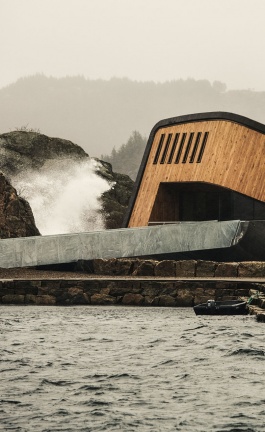 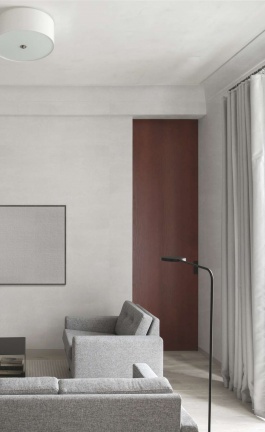 Gracefully Nostalgic: A Contemporary Apartment in Minsk Reminisce About its Past

Housed in a historic villa in Neve Tzedek, one of the oldest neighbourhoods in Tel Aviv, Israel, “The Levee” is the town’s latest hospitality arrival offering eight spacious apartments of understated luxury and contemporary sophistication where guests can feel at home. Gracefully revamped during ten years of meticulous restoration by Tel Aviv-based Bar Orian Architects, the two-storey villa is crowned by a new rooftop-spanning penthouse whose contemporary sensibility, far from clashing with the century-old architecture, creates a hybrid sensibility that captures the city’s zeitgeist. Designed by Israeli-Belgian interior designer Yael Siso, The Levee’s eight apartments follow the exterior’s eclectic paradigm by combining an industrial vibe with a refined aesthetic based on mid-century elegance and modern minimalism.

Originally named The Gurevitch House, the villa was built in 1913 and is now part of Tel Aviv’s UNESCO World Heritage site of 4,000 Bauhaus and Eclectic architecture-style buildings. When it came to designing the new penthouse, as well as an extension at the back of the building, instead of emulating the eclectic style of the existing building which can be summed up as an amalgamation of neoclassical influences and oriental details, the architects choose a contemporary aesthetic in the form of a cubic volume completely clad in metal grating. Separated from the original building by an intermediate level that has been set back, the striated block seems to hover above the villa while the floor below enjoys the use of a balcony that wraps around the glass-fronted spaces.

Ranging from 115 to 280 square metres, all eight apartments feel spacious and bright, blessed as they are with generous ceiling heights and plenty of daylight, courtesy of large windows and floor to ceiling glazing in the penthouse. Contrary to the historic look of the villa’s restored exterior, the refurbished loft-like interiors are underpinned by an industrial aesthetic featuring untreated cement walls, board-formed concrete ceilings and exposed air ducts. This urban aesthetic was not a capricious decision by the designer but rather a homage to the building’s original building fabric: the concrete surfaces were revealed after removing several layers of paint and are a testament to the city’s early adoption of modern building practices.

If the rugged, rough-hewn surfaces embody Tel Aviv’s dynamic past, then the impeccable modern finishes and elegant contemporary furnishings speak of the city’s celebrated present. Beautiful timber floors, minimal glass partitions and exquisitely crafted built-in furniture imbue the spaces with a sense of nonchalant sophistication, which is further enhanced by an eclectic collection of modernist and contemporary pieces from iconic Italian brands.

Featuring all those amenities that make the difference between a rented apartment and an authentic home, from en-suite bathrooms and private balconies, to state-of-the-art appliances and Egyptian cotton linens, equal attention has been given to comfort and elegance. With a team of dedicated staff at the guests’ disposal, including an around-the-clock concierge service, visitors may need some encouragement to tear themselves away from the luxurious embrace of The Levee in order to explore the city.