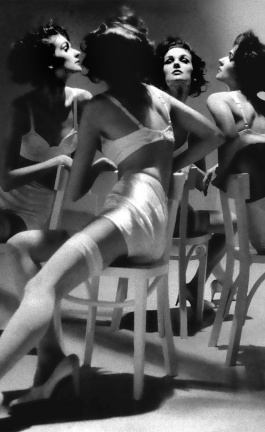 She Walks In Beauty: A Timeless Retrospective of Fashion Designer, Olivier Theyskens In New Orleans, a 1956 motel – a brick pile complete with period signage and typical low-rise architecture – underwent a refurbishment that retains the nostalgic feel of the structure while at the same time infusing it with modern tastes.

“The overall vision of The Drifter is to provide a well-designed sanctuary space for open and like-minded locals as well as global explorers”, says co-founder of The Drifter Hotel, Jayson Seidman.

Its location in an emerging neighbourhood may very well have something to do with that. Typically described as a ‘melting’ pot, New Orleans is a place full of lively sounds and delectable aromas. The city’s authenticity derives from its cultural legacy, in terms of music, food and libertarianism, and The Drifter positions itself as a hospitality concept for those who “are looking to seek out and discover some of the best kept secrets of any city”, according to Seidman.

The Drifter boasts a private swimming pool, a pool bar with wooden and white tile accents, and a private courtyard space. Greenery is ample and lush thanks to New Orleans’ subtropical climate. Inside, the tiling recurs in different guises – on poles, patterned – while the terrazzo flooring and furniture is cozy and modern in muted tones. The guestrooms continue with the theme of pristine white tiles and bedding in combination with wooden details.

“From a design perspective, I had a strong interest in respecting the late 1950s motel architecture”, says Nicole Cota, the founder of the eponymous studio which oversaw the project’s interior design.

I wanted to breathe life back into the property in a way that didn’t feel like a mid-century modern relic, but a piece of history that’s continued to thrive through subsequent decades. Motels were playgrounds and all about having fun and escaping. From the beginning, I wanted the hotel to be a place that encouraged a bit of escapism and playfulness.

The Drifter certainly invites its patrons to kick about at their leisure. There’s a café with specialty coffee from La Colombe and baked goods, food trucks and pop-ups come round on a regular basis, and there’s also much for the eye to behold. With plans for a packed event calendar as well as exhibits, The Drifter on Tulane Avenue promises to be New Orleans’ new people-magnet.