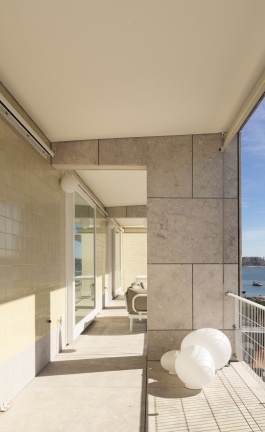 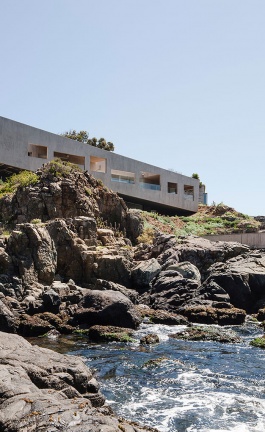 “The End is Here”: The Looming Apocalypse Through the Whimsical Draughtsmansh...

The End Is Near Here

The End Is Here

“The artist’s job is to be a witness to his time in history” Robert Rauschenberg famously said, and true to form, Antwerp-based artist William Fort is tackling the major threats facing the world today in his latest solo exhibition “The End is Here” head on. Far from being a bleak and disheartening as its title suggests, the show, which runs until December 2nd 2017 at the Alley Gallery in Hasselt, Belgium, is imbued with a whimsical light heartedness, courtesy of Fort’s drawings that are characterized by acerbic humour and irreverent cheekiness. While issues such as illegal immigration, global warming and nuclear conflict are conceptually treated with a cartoon-like sensibility, fitting for The Economist’s editorial section, they are rendered through a painstaking drafting process that produces photorealistic drawings of mind-blowing detail. Inspired by The Doomsday Clock, which denotes the likelihood of a man-made global catastrophe, the work in the exhibition approaches the looming apocalypse with wit, ingenuity and exceptional draughtsmanship. Fort talked to Yatzer about his work, his artistic disposition and Donald Trump.

What is the inspiration behind your work for “The End is Here”? What are you trying to convey?

The inspiration for “The End is Here” comes from different places. Firstly, it stems from my transition from being employed as graphic artist, and the job-security this entailed, to working on my own as an artist. My ex-colleagues were joking that I was going to end up homeless and become crazy after a couple of months. The Image of becoming a crazy, homeless person professing the end of the world was something that really stuck with me for some reason. On top of that, I started watching a lot of CNN and following American politics during this period: not something which cheered me up! And lastly, I also read an article about the doomsday clock, a symbolic clock which represents the likelihood of a man-made global catastrophe expressed in minutes to midnight, and which is now set to 2.5 minutes to midnight, the second-closest since its introduction in 1947.

I don’t want my work to be moralizing or even current, but somehow it was difficult not to make work about these subjects right now. It’s more about “hey if we’re that doomed as a species, let’s at least make some art, laugh about it and enjoy ourselves”. I see each work more as a brief moment of visual comedy. And the whole can be viewed as a satire on the ‘CNN Breaking doom and gloom news’ without downplaying any of the real problems of today.

Your pencil and charcoal drawings exhibit extraordinary technique in their photorealism. Why did you choose to work in these mediums?

First of all, I really like black and white works of art. It has an archival feeling to it. When you start working with colour the whole dynamic of the work changes. Secondly, I really like detail. The idea of a really skilled artist, who goes to great lengths to get even the smallest detail right, also speaks to me. Pencil allows me to be this detailed. Black pastel and charcoal allow me to draw bigger parts quickly and add a lot of contrast which makes the drawing pop.

How strenuous and time consuming is the process of drawing in such excruciating detail?

I work on different drawings at any given time so it’s difficult for me to say how time consuming they are. Let’s just say they are not done in a day :-) The bigger drawings like Brace yourself can take up to several months. 700 hours is the most I’ve ever worked on a drawing (The sleeping giant, 2016, 209 x 109 cm). Smaller ones usually take one to two weeks. Drawing so much detail in such large formats can be strenuous at times, but usually I get into a flow fairly quickly so everything else (back pain, fatigue, etc.) fades away. And in the end, all those details are absolutely worth it because they add to the work and they showcase a certain level of skill.

The pun-centric titles of your work provide an additional layer of irony and wit to the absurdist imagery. Are they developed before, during or after the work’s conception? How important is it for you to combine words and images in such a mutually reinforcing way?

It depends… All three can happen. The idea for a drawing and its title usually come to me at the same time, but sometimes the title comes first. I’ve noticed that for some reason the work is less strong when titles are added afterwards. For me the titles are just as important as the drawings themselves. If the drawing is funny on its own, great, but I’ve noticed that the title usually gets the laugh. It’s kind of like the punch line in a joke. That’s why it’s so important that the drawing and the title fit perfectly.

You explore the imminent dangers that face the world with humour. What is the purpose of this approach? Is it an attempt to dispel fear and anxiety with laughs, a method to concisely represent the gist of the issues, or perhaps a way in which to engage the audience in an information-saturated age where our attention span is ever shrinking?

I think it’s the other way around. All my work, foremost, is humour-based, which creates an ‘accidental’ juxtaposition with the gravity of the subjects. But viewers can interpret my work any way they want. If they just want to laugh, that’s great. If it makes them think twice about Donald Trump, global warming, the abuse of animals or fading privacy rights, even better! There’s something in there for everyone. I think that people (including myself) somehow build up certain mechanisms so that they don’t get depressed by this negative news overload and I think that these works are a reflection of that.

Do you believe art is inherently or purposefully political? How does your artistic drive and creativity interrelate with your political views and beliefs?

Art can certainly be both. But I do believe that art becomes more purposefully political in troubling times. I personally never thought that some of my work would be political, but look at a piece like A-MAZE-ING and my feelings on Donald Trump suddenly become very clear. As an artist I do enjoy a lot of liberty in my life and work and that’s also something which is reflected in my political views. I think people should be able to develop/live freely and in the best way possible.

One could argue that a sense of fatalism runs through your latest work. Do you consider yourself an optimist or a pessimist? How is your work affected by your state of mind?

I absolutely consider myself an optimist and believe that everything will eventually work out in the end. If I was a pessimist I think my art would be much darker or have a more cynical undertone. I like joking around and I think that this shows in my work.

What is your relationship with social media? Do you believe they are provide a helping hand or are they a drag for an artist’s career?

I think nowadays social media and being an artist go hand in hand. I really love Instagram because you can check in on what artists are doing at any given time, a bit like mini studio visits where you see how other artists work. It’s also a really helpful tool to get your work out there and engage with your audience. But it also takes up quite a bit of time to make good posts and build a following. But all in all, I do think the advantages definitely outweigh the drawbacks.

What are you working on right now? Are there new projects on the horizon?

Currently, I’m preparing my next solo exhibition due to be unveiled in April 2018 at the GLTCH gallery in Antwerp.