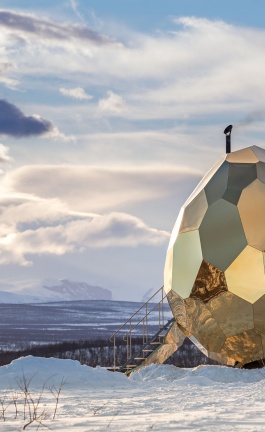 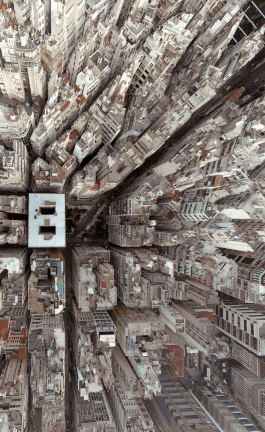 A "different perspective" is what could simplistically describe Themes and Variations, the entrancing computer graphic, four minute short film created by 3D artist, Ziye Liu. The stirring film - which is based on four contemporary artworks from artists Ai Weiwei and Yayoi Kusama - literally makes the art come to life as it explores the relationship between the art and the space that it is placed in, as well as the relationship between reality and imagination, through the use of the infinite potential and possibilities of 3D digital art.

The stars of the show are undoubtedly the four artworks - Yayoi Kusama's "Polka Dots" and "Narcissus Garden," and Ai Weiwei's "Untitled" and "Grapes" - as seen through the graphic artist’s' eyes. "When I saw the original artworks in the museums and galleries, the vision came to my mind that their patterns and shapes could evolve into something completely new through 3D animation," Ziye shared with us. From conception to final vision, Ziye undertook everything from directing, to creating the models and the computer renderings, to editing… even composing the instrumental music, "On the Matter of Motion and Light" that, quite literally, speaks worlds about what is going on in the images.

"The patterns and shapes were generated in 3D software, as the fundamental elements of each artwork, because they could be transformed in many different ways," Ziye said when asked what inspired the transformations. "And this close resemblance between the actual, physical artwork and the 3D rendered one becomes even more fascinating when it's in motion. Each simple shape - a circle, a sphere, a hexagon or an octagon - grows and evolves into different variations as the film moves on."

And there is a true evolution within the film itself. At first, the "storyline" seems fairly calm and familiar as viewers are introduced to the contemporary artworks; raindrops fall gently on the mirrored beads of "Narcissus Garden" while light and shadows play along the planes and angles of the polyhedron "Untitled". Before 1:50, suddenly life springs up and the music rises: "Untitled" begins to build upon itself, twisting and spinning as it "grows" polyhedrons; the spots in "Polka Dots" begin to swim around the space, turning into a grid before vanishing completely, the beads of "Narcissus Garden" bounce and roll down a flight of stairs while the wooden stools making up "Grapes" twist and cyclone around themselves, until finally disconnecting from each other in a circle, floating about the room and, up and out through the ceiling. All items, through the artist’s expert use of photorealistic computer graphic rendering and the surrealistic atmosphere he created, take on life before suddenly settling back to their original forms.

As if it all was just a play of shadows and light.

It's no surprise then that Themes and Variations has won a number of awards, including the 2016 Red Dot Award for Communication Design and the Platinum Remi Award at the 49th Worldfest-Houston International Film Festival for Computer Generated/Mixed Media/3D. Because in these brief four minutes, viewers are taken on a visual journey as they consider the original artworks… the creation of the 3D evolutions… and the mesmerizing movement hidden in the intense stillness.