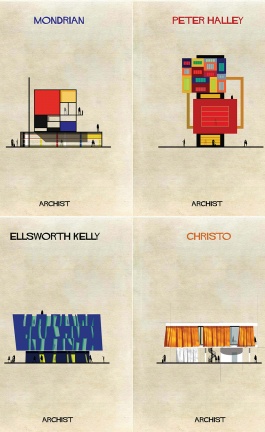 What Would A House Designed By Mondrian Or Anish Kapoor Look Like? Running On Air: The Halfbike Tricycle By Design Lab Kolelinia

A riotous storm of colour is coming to Manchester as renowned Portuguese contemporary artist Joana Vasconcelos showcases her seductive and subversive large-scale sculptures for an exclusive site-specific exhibition at Manchester Art Gallery.

Joana Vasconcelos has come to be known for her acute sense of scale, peculiar choice of materials and mastery of colour, particularly after her highly regarded sculpture ‘The Bride’ – a 5m high chandelier made of 25,000 tampons – was exhibited at the Venice Biennale in 2005. Showing a strong affinity for the decontextualisation and subversion of pre-existent objects and everyday realities, her work is a melting pot of tradition and modernity, popular and erudite culture, the private and the public, as well as the hand-crafted and the industrial. Seductive, humorous and exuberant, her sculptures directly challenge the pre-arranged routines of the quotidian, offering a critique of contemporary society by highlighting issues such as the status of women, class distinction and national identity.

In what is her most ambitious UK exhibition to date, ‘Time Machine’ promises to takes us on a journey thoughVasconcelos’ extravagant world of contextual appropriation where over twenty of the artist’s most significant sculptures are taking over the entire gallery building, filling its major exhibition spaces, adorning its exterior and acting as interventions with the gallery’s permanent collection.

The highlight of the exhibition is the world premiere of a new textile work that has been specially commissioned as a site-specific installation for the gallery’s atrium and staircase. A new addition to the ‘Valkyries’ series, the aptly named ‘Britannia’ is a fabric patchwork extravaganza that weaves together knitting and crochet with fine silk, cotton velvets (referred to as Manchester cloth across much of the world), recycled clothes and industrially produced textiles embellished with Portuguese tassels, crystals and beads. Hanging in striking contrast to the straight, clean lines of the glass atrium, its brightly coloured organic forms cascade down the gallery’s stairs to then spill over the balconies, into the atrium, in a manic, riotous manner.

However, Joana Vasconcelos’ complete takeover of the gallery doesn’t end here; interventions have been ingeniously placed all over the gallery spaces – both inside and outside – to create unexpected, humorous and thoughtful connections both with the historical architecture of the building and works of art from the city’s collections. A new addition to the three-dimensional series of ‘Crochet Paintings’ has been produced in response to the gallery’s 18th century works, while William de Morgan wall tiles – on display in the Pre-Raphaelites gallery – are referenced in a new piece from Vasconcelos’ ‘Tetris’ series made out of tiles, crochet and various fabrics. In addition to these, a new work for the ‘Cement Sculptures’ series has also been created in response to the gallery’s sculpture ‘Atalanta’ (1888) by Francis Derwent Wood and the painting ‘Eve Tempted’ (1877) by John Spencer Stanhope. Recalling classical statues of the sensual female form, ‘Bond Girl’, which is cast in cement, is vibrantly painted and decorated with crochet and hand-made net.. Finally, three of Vasconcelos’ sculptures from the ‘Full Steam Ahead’ series will be shown together for the first time. Red, yellow and green (the colours of the Portuguese flag), these kinetic flower-shaped sculptures feature steam irons as petals that slowly unfurl, turning the gallery space into a steamy robotic flower garden.

Displaying a wide selection of new and recent works, the majority of which have yet to be exhibited in the UK, Joana Vasconcelos’ ‘Time Machine’ will be stirring up Manchester’s cultural scene until 1 June 2014.