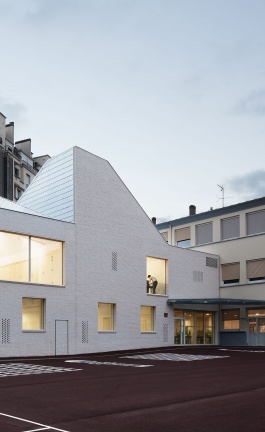 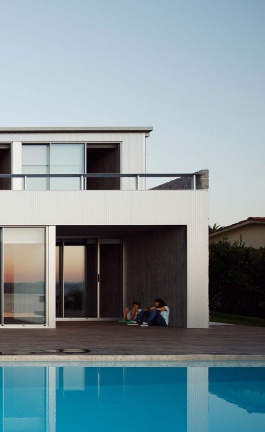 The fluid, organic forms of sculptor Tony Cragg fill the church-like interiors of Hessisches Landesmuseum in Darmstadt, Germany, for a large-scale monographic exhibition on the artist’s most recent work. The Liverpool-born sculptor was born in 1949, and moved to Germany in 1979 where he still lives and works, and was the recipient of the Turner prize in 1988. Known around the world for his sculptures, Cragg actually began his career with site-specific installations and found materials; since the late 1990’s however, he turned to more polished and refined work, attributes that can still describe his towering and full of movement creations.

For the show “Unnatural Selection” at Hessisches Landesmuseum Darmstadt, the curator Dr Klaus-D. Pohl placed some 20 sculptures of Cragg’s sculptures in the impressive main hall, thus creating an interesting juxtaposition between the almost religious style of the architecture and Cragg’s futuristic forms. Works in metal, marble, wood and glass comprise the selection of works on display, all of which reflect Cragg’s investigations and absolute mastery of material, gesture and visual impact. In the work Outspan (2007) for example, we are carried away by the fluidity and almost digital sleekness of a bright yellow twisting form made of bronze; in a similar way the works False Idols (2011) and Mental Image (2007) create associations between known and unknown forms, merging the natural with the artificial in a mesmerising yet uncanny way.

Natural forms and patterns are a huge inspiration for Cragg, who is also a collector of minerals and fossils. To highlight the connection between these natural shapes and his sculptural work over the last 20 years, the exhibition includes a selection of samples from the artist’s collection placed in a special showcase next to the sculptures. In that sense, Cragg’s works can be understood as an excursion into a Palaeozoic fantasy and as the imaginary remains or fossils of mysterious life forms from a distant, pre-human past. Interestingly enough, the Hessisches Landesmuseum Darmstadt is also home to a large collection of animal fossils, crystals and minerals, allowing visitors to draw even more comparisons between million-year-old natural-history treasures and Cragg’s imaginative work. The exhibition is also accompanied by a 100-page catalogue with 50 illustrations, published by Hirmer Verlag.

Within the Natural History museum context, Cragg’s works can be understood as an excursion into a Palaeozoic fantasy and as the imaginary remains or fossils of mysterious life forms from a distant, pre-human past.