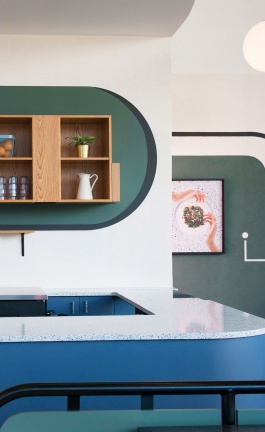 The Quirky Retro Superbaba Restaurant Brings the Middle East to Victoria, BC 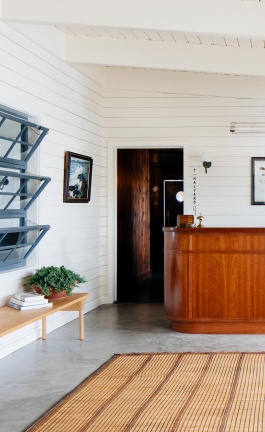 A Unique Beauty and Fighting Spirit Depicted by Tria Giovan in The Cuba Archi...

The Cuba Archive, a 168-page hardcover coffee-table book featuring 125 color photographs by photographer, Tria Giovan, is one that will have you transfixed as you turn each of its pages. Published by Damiani in 2017, it documents some of the images that Giovan's camera captured during her multiple visits to the Caribbean island from 1990 through 1996. These difficult years - thanks to the "hamster wheel of ever-changing policies from the US and from Cuba" - had been dubbed by Cuba's dictator, Fidel Castro, as The Special Period and prove the Cuban people's resiliency, perseverance and fighting spirit.

A comprehensive look at Giovan's photos are on display through the Cuba IS exhibition which is being held at the Annenberg Center for Photography in Los Angeles from September 9th, 2017 - March 4th, 2018 with Giovan providing a special lecture there on November 16th, 2017.

Giovan grew up in the Virgin Islands and first visited Cuba looking for "a place to photograph that had escaped homogenization and commercialization." That she found, and went about documenting everything she could point her lens at - from interiors to streets, and countryside's to cities, a "unique beauty but one intertwined with deterioration, isolation and loss," as award winning journalist and author, Silvana Patternostro, so eloquently describes it in the book's foreword. But most importantly, within the twenty five thousand images Giovan took, she captured some of the eleven million people who lived there during that period; the country's citizens who were holding strong in the face of what seemed like a "teetering precipice."

Interestingly, the muted tones in the photos are perhaps indicative of the muted lives depicted in them. It’s as if these people are in "wait mode," going about the day-to-day motions of their difficult lives in order to get through the hard times. Indeed in looking at their faces one gets the feeling that they have done so without any visible sense of optimism and that they merely accept that this is the way things are … and perhaps always will be. This is a place where dreams of a better tomorrow simply don’t exist.

When the photographer returned to the island seventeen years later on an assignment for the Annenberg Foundation and in conjunction with the exhibition Cuba IS, the country she encountered was visually much different. "There was a charged vitality in the streets that felt youthful, alive," she says. This is perhaps the perfect epilogue for the land. For it makes it somehow more comfortable to view the tough times depicted in the book, knowing that its resilient protagonists make it through them. Perhaps even dreaming is now allowed on this Caribbean island…