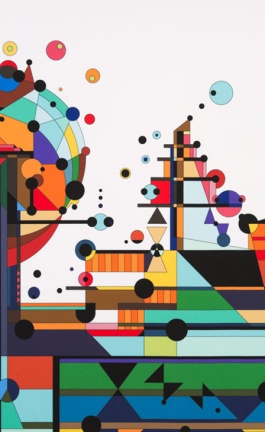 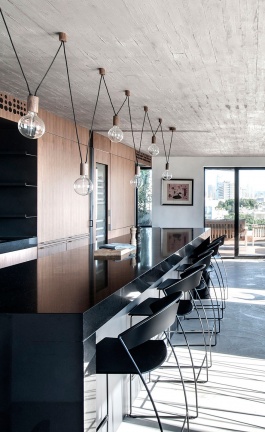 A Duplex Penthouse Apartment in Tel Aviv by Toledano + Architects

A beloved landmark in north-eastern Tokyo, the Tsunyuji temple has been given a new lease of life by Tokyo-based Satoru Hirota Architects who have both refurbished and complemented it with new facilities. The Edo-period Buddhist temple was destroyed during WWII air-raids and modestly rebuilt in 1949, but had since been poorly kept with the site exhibiting signs of dilapidation. The minimalist intervention, which includes the addition of a reception hall, priests’ quarters and a new courtyard, succeeds in reinstating the shrine’s dignity and reinvigorating it in a contemporary way, presenting to the public, as the architects say, “a temple of a new era.”

Far from copying the traditional aesthetic of the temple —the impeccably renovated edifice boasts a traditional hip-and-gable feature roof, as well as finishes in white plaster and natural wood—  the new buildings on the plot’s north side are designed in a no-frills, modern fashion. With their minimal geometrical volumes and a sombre palette of exposed concrete, glass and charred cedar, they are both distinct from and respectful of the historical landmark.

The complex’s new reception hall, which can also host lectures, performances and other events as well as serve as a temporary shelter in case of a natural disaster, is a triangular-shaped building at the site’s north-western corner that opens up towards the courtyard with continuous floor-to-ceiling glazing. The low-rise pitched roof, sloping up towards the parking spaces on the back, gives the other buildings breathing space and allows more daylight into the site. Next to the reception hall, a three-storey block houses the priests’ offices on the ground floor and their accommodation on the floors above. The architects have cleverly clad the ground in charred cedar and offset it from the two upper floors which are designed as a concrete cube with trimless cut-outs for windows and balconies making the block feel much lighter and less imposing for its mass.

The courtyard in-between the buildings is designed as a rock garden and is filled with Shirakawa sand (a famous type of spreading sand consisting of small pebbles of weathered granite), with its predominantly white colours reflecting light into the reception hall. A featured tree in the centre and a row of statues resting on the perimeter wall complete the landscaping and create an ambience that encourages reflection and serenity. Meanwhile, various concrete elements scattered around the site, like the entrance portico, the wall abutting an exterior staircase at the temple’s side-entrance or the concrete planter at the street corner, provide aesthetic coherence.