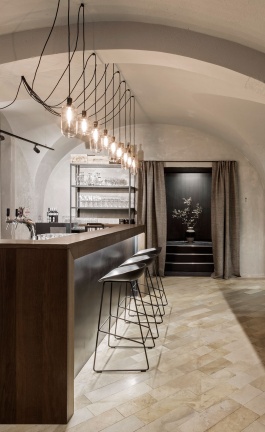 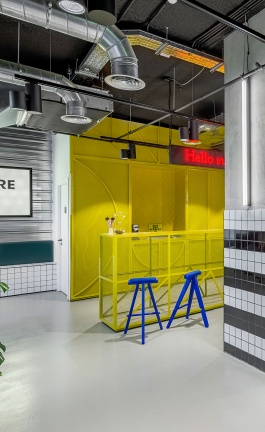 In Hong Kong, living space is a precious commodity so making the most out of relatively limited square footage is essential for local interior designers. For this recently renovated apartment in a PokFuLam high-rise, a residential area on Hong Kong Island, interior & branding design company OFGA has gone one step further. Striking a graceful balance between openness and privacy, the apartment has been designed as an unfolding canvas where the continuity of space is as important as aesthetic uniformity. The result is a gem of an apartment, conceived as a layered spatial composition of minimalist elegance and modern comforts.

With a footprint of only 70 square metres, the dense compartmentalization of the old layout created a cluster of several small rooms that the designers have wisely rejected in favour of an open-plan strategy that nevertheless values privacy. As the designers eloquently explain, “the question is not whether we choose to adapt an open plan, but how we open the plan”. The answer to this question was to divide the apartment in two unified zones—a living area that includes the kitchen and a bedroom area that also comprises the bathroom—each one notionally subdivided according to function, and crucially without any further spatial fragmentation.

In order to achieve this kind of layered privacy, the designers turned to architectural historian Colin Rowe and his concept of “phenomenal transparency”, the kind of transparency that is neither literal nor inherent but spatially construed. In practical terms, what this meant was ensuring the existence of multiple lines of sight between all the spaces by adopting some very simple yet very effective configurations. In the living area, for example, a kitchen island functions both as a dining counter and a space divider, whilst in bedroom next door, the bathroom area is discretely separated if required by a retractable sheer curtain that wraps around the bed.

Sparsely furnished according to a minimalist aesthetic of clean lines and crisp trimless edges, the interior design relies on a subtle palette of white and grey hues which are enriched by the natural textures of timber elements such as the hardwood flooring, oak wardrobes and select wooden furniture, as well as the luxurious touch of marble featured prominently in both zones.

Set against this subdued setting of spartan elegance and earthy textures, the shifting spectrum of blues, courtesy of the panoramic views of the South China Sea seascape outside, become all the more vibrant and cinematic. Just one more well thought-out detail that makes this project, which justly won the Silver Award and the Judge’s Choice at the 2017 Asia Pacific Interior Design Award, a paragon of design excellence.