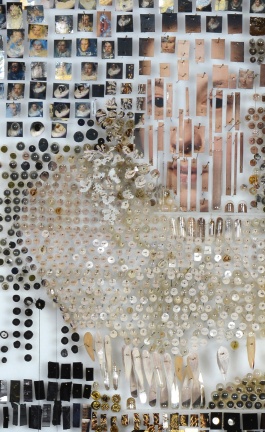 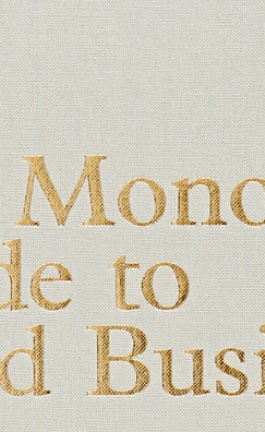 It’s not easy to avoid the clichés of extremely touristic places, especially when they are at once both small and instantly recognisable, like the Greek island of Santorini. With its breathtaking Caldera cliff and reputation for the most beautiful sunset in the world, the island is definitely one of the most photographed places in Greece, if not the entire Mediterranean. Greek photographer Petros Koublis was commissioned by the Vedema Luxury Resort in the southern part of Santorini (Megalohori village), to visit the island in April 2014 and produce a series of photographs inspired by its landscape and local culture. Rather than focusing on the typical imagery that Santorini is known for, Koublis decided instead to explore the less known parts of the island, especially the eastern cliffs and plateaux, where he encountered a world very different to its busy, western counterpart. Known for his talent for discovering inspiring and complex compositions in even the most mundane settings, Petros Koublis has documented a side of Santorini that is worlds away from what people see on postcards – with scenes and landscapes that exude a rural serenity and subtle, if not very Greek, harshness. As is often the case in Koublis’ work, animals and plants play an important part in the series, in which  most of the photographs look more like abstract compositions than anything else. With the collaboration of designer Stamos Hondrodimos from Interior Design Laboratorium, a selection of images from the series now decorates all the rooms and exclusive suites within the luxurious Vedema resort.

From the photographer:
''We approached Santorini as the equivalent of a dream.

The island of Santorini rises like an enchanting secret, both hidden and revealed, both real and mythical, wrapped in the captivating drama of its prehistoric volcanic creation. The Spirit of fire still wanders amongst the black rocks of the island, reciting an ancient, hypnotic poem, vigorously narrating the story of its origin through the hieroglyphics that the lava has ecstatically engraved in the untamed land. A strange, murmured voice that enchants like a Siren's song echoes from the steep cliffs of the Caldera; this song is the sound of the muddled, common memory of our very own origin. It is the sound of a whispering that escapes the crater, the deep blue sea, the irregular cracks in the scattered stones, the dark lunar soil, the carved caves, the breathing of the grazing horses as they dream of their mythological ancestors; Eos, Aethon, Pyrois and Phlegon, the horses that carried the chariot of the god Helios, the ancient personification of the Sun.

For in this island everything is somehow linked to a dream; like that of Euphemus, who dreamt one night that he made love to a nymph, the daughter of Triton. In his dream, the nymph who became pregnant and feared the wrath of her father, asked Euphemus to acquire a clod of earth from Anaphe, the island they were situated on, and throw it to the sea, so she could hide there and safely give birth to their child; although it was a dream, he followed the nymph’s request and the new island appeared.

Dreams are a part of a subconscious that the island itself seems to project onto our thoughts, this primitive seduction that connects us with a forgotten Hesiodic theogony, ritually offers our senses the sacred philosophy of imagination.''