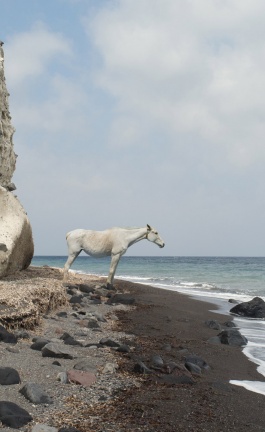 ''The whole is greater than the sum of its parts,'' said Aristotle, a phrase often quoted in scientific fields such as gestalt psychology – but which can also lead to monstrous results if misunderstood, as Mary Shelley so luridly demonstrated in her classic, ‘Frankenstein’. Using a technique similar to that of Dr. Frankenstein’s, without however being so atrocious and nightmarish, American artist Michael Mapes creates, or sometimes re-creates, portraits of people by putting together pieces of photos and other objects, all placed in cases reminiscent of the cabinets used by entomologists for their insect collections. Intentionally forensic in their aesthetic, Mapes’ portraits are like swarms of smaller portraits of the person they depict: tiny versions of the original portrait or dissected parts of it are pinned on the board, or are sometimes set inside small transparent vials and behind magnifying lenses just like scientific samples. Having created many portraits of people in this way, more recently Michael Mapes has begun a series of works based on famous portraits by great Dutch painters from the 16th-17th centuries.

His fragmented 3D portraits offer two ways of looking at them: from afar, they look like a pixelated image of the person they depict, while from up close, they reveal their smaller details, including samples of handwriting, locks of hair, photos of relatives and jewellery – items that make up what he describes as the person’s ‘‘biographical DNA.’’ Each ‘specimen’ on the board is different from the rest, creating an elaborate collection of ‘findings’ that have been evidently put together quite painstakingly (dare we say, obsessively?). Works by Michael Mapes (including new works from the ‘Dutch Master collection’) are currently on display at the Beers Contemporary gallery in London, as part of the CUT-COPY-PASTE group exhibition (open through 27 September, 2014).