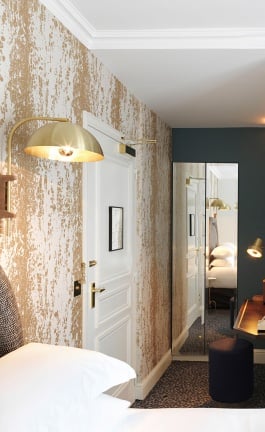 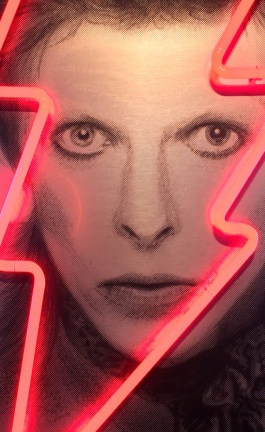 With building restrictions often realities that most architects have to face when working on a project, it is often the case that these very restrictions force them to come up with inventive solutions through which to answer the challenges presented. Such is the case with the Villa CD - Tableland, a private home built on the sand dunes near the Belgian seaside by OOA | Office O Architects. And the project, which was led by Head Designer, Magalie Munters, and Project Architect, Hugo Crombez, seems to be the perfect example of necessity breeding originality.

First off, the building's site is in a residential community of bungalow-style houses. Although it was first established in the early 1960's, the plot allotment still harbours the same zoning rules. As a result, this new residence had to at least look like a single storey bungalow. Despite the land actually being on a low "hillside" which looks out towards sand dunes in the back, the home's residents wanted to live at street level… not wanting however, to give a peep-show to passersby through the wide windows.

The architects therefore decided to take a "smoke and mirror" approach in answer to these constraints by building a poured concrete, conical wall along the street side. They then ingeniously positioned well placed "cutouts" in this wall, like windows through which to highlight the street view for the residents inside the home, while at the same time preserving their privacy.

A horizontal concrete plateau, which cantilevers against this wall, then became the building block for the entire minimalistic structure enabling the family's private residence to exist on the single, street level, just as they requested while at the same time meeting another request: that there be comfortable room for house guests which wouldn't interfere with the family's private space. The result: when viewed from the back garden, this seemingly single storey bungalow reveals that it's actually a two storey structure, since the plateau is raised from the sand dunes in the back by a full storey.

Following a "smoke and mirror" approach, the architects built a poured concrete, conical wall along the street side to conceal the interiors from view.

This allows for the existence of two full guest studios at the lower ground level. Each of these boasts its own inner courtyard which was cleverly created by yet another "cutout," this time on the floor of the horizontal surface of the above plateau. This results in the two studios being situated underneath the main living space, filled with light from above, this making them airy and private. A concrete ramp then runs besides these from the street level and down the "hillside" slope leading to an open air carport below the plateau.

The outside of the residence fulfills yet another building constraint: that the surrounding terrain remain untouched and natural. Hence, the garden surrounding the home —at street level, down and below the slope— embraces the sand dunes and the natural growth of the wispy flora of the seaside which the residents and their guests get to enjoy while on the large terraces, both at the front and back of the home, thanks to the wide plateau which extends well beyond the square meters of the internal living quarters.

So, if anyone’ asking, necessity and originality do indeed go hand in hand; and the Tableland beach home proves it.