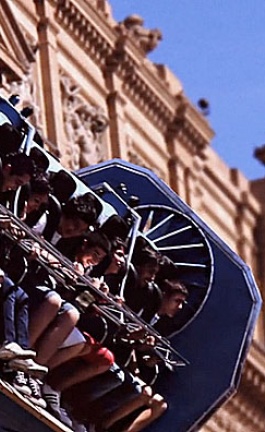 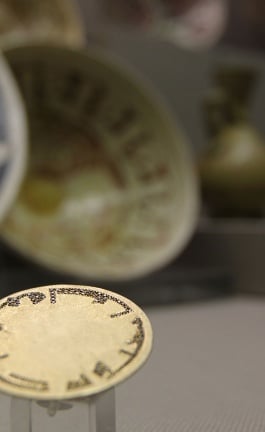 One of the most popular signs in the art industry is ''DON'T TOUCH''. According to our experiences, we've definitely been warned and hissed at, at least once in our lifetime by a guard at an exhibition not to touch the artworks while visiting a gallery or museum. Naturally, we comply as it is a matter of protecting the artwork on display which further heightens our sense of sight whilst leaving our sense of touch lagging behind.

Israeli visual artist and painter, Roy Nachum (1979), a graduate of Cooper Union in New York and the Bezalel Academy in Israel, believes that art should be accessible to everybody, even those who are visually impaired and for this reason his latest work "BLIND" combines painting with Braille signage. The moment which made the artist re-contextualize his signature pixel technique into Braille, came about a few years ago, when a chance encounter with Braille signage at a museum exhibition forced him to think of new ways in which the blind could possibly experience visual artworks. Until then, he had been utilizing the idea of pixels painted one-by-one to create micro worlds that come together in order to form the pattern of a single reality or of a dream. Most of the themes of his pixelized oil paintings on canvas derive from his brain's hard disc which is why one could characterize him as a 'digital painter'.

>> My hope is to strike a variety of emotional chords with blind readers/viewers that is similar, but not identical to what different people with sight take away from a painting. I wanted to test our reliance on what we see and force different viewers to re-orient their perception of a work by also employing their sense of touch. Our visual sense is far more complex than we realize. Memory and imagination play a major part in our interpretation of what is actually in front of us, I want to "Open People’s Eyes. <<
Roy Nachum

Nachum’s photo realistic oil paintings illustrate surrealistic images of a fantasy realm, which employ Braille and a “double vision” technique that challenges those with sight to question the limitations of their vision. All the texts comprise poems written by the artist and inspired by the paintings. The ''BLIND'' series was recently on view at the Joseph Nahmad Contemporary Gallery, which is located at the Openhouse Gallery Space in New York City.