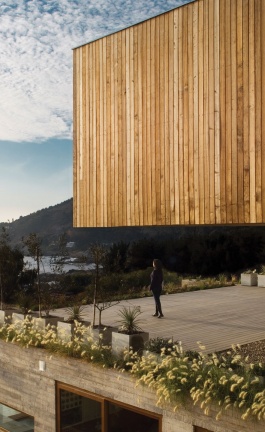 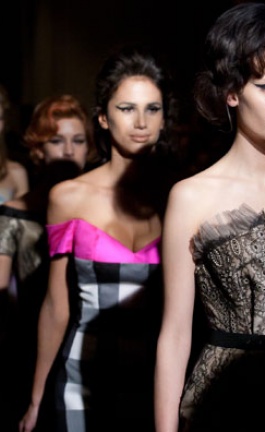 Viviane Sassen is principally known as an artist, whose strikingly colourful photographs of Africa won her the Prix de Rome in 2007. Alongside her autonomous work, however, she has long established a name for herself as a prolific fashion photographer. Viviane Sassen / In and out of fashion, exhibited at the Huis Marseille Museum for Photography in Amsterdam (15 December 2012 - 17 March 2013), is a retrospective of her fashion oeuvre, bringing together 17 years of work in the fashion world.

For the first time, the Huis Marseille is presenting a selection of over 300 photos taken from advertising campaigns created for fashion names such as Carven, M-Missoni, Stella McCartney,Adidas and Levi’s and from editorials for magazines such as Pop, Wallpaper, Numéro, AnOther Magazine, Purple, and Dazed & Confused.  The exhibition also contains a section called Foreplay that features images taken just before or right after a shoot, illustrating the process of her photographic vision. Concurrently with the exhibition, a hardcover monograph entitled Viviane Sassen: In and out of fashion has been published by Prestel and includes essays that offer an insight intoSassen’s work in the history of fashion photography, as well as 250 colour illustrations and a chronological overview of nearly all of her fashion series.

Viviane Sassen studied fashion design and photography and has been featured in front of the camera as a model herself. Her fashion imagery is held in high regard and she has carved out her own unmistakable visual language that is distinctive within fashion photography itself. Sassen’s inventive style can be flamboyant, eccentric, contemplative, erotic and surreal; and often simultaneously. Driven by the close relationships she develops with her models, she chooses not to thoroughly plan in advance, keeping shoots intuitive. She doesn't like her images to look too perfect, opting instead for the spontaneous rather than the immaculate. She finds beauty in the mysterious and vague, where hyper-colouration and blazing light meet the ambiguous and the obscured. She sculpts compositions of undefined locations, at times uncomfortably rotated and cropped, where dazzling colours and faceless models in suggestive poses take centre stage. Concealed or semi-hidden faces recur in her work which she describes as  ‘shy exhibitionism’. In doing so, she manages to take the emphasis off the individual models, allowing for their bodies and their unorthodox posture to become the principal force that goes on to sculpt the overall image.

In fact, body language plays a pivotal role in defining the tone of her imagery. In-between expressively sculptural posing and impulsive snapping, the models appear to be in motion rather than immobile. The whole feel is that of action interrupted by a clicking camera. Movement overrules stasis in images that can only be described as instances frozen in time, seemingly snapped at the spur of the moment rather than carefully planned in advance. Active yet strangely relaxed, the models emanate tranquillity and even indifference to an extent that contradicts their odd, and at times, unnatural posture. Despite the highly stylized poses, her photographs do not appear staged but rather give the impression of impromptu events happening in real time, presented as stills from a narrative riddle that the viewer is left to solve.

Viviane Sassen’s photographic style certainly deviates from the norm, setting her work apart from the fashion world’s prevailing codes and conventions. The exhibition at the Huis Marseille Museum for Photography in Sassen's hometown of Amsterdam is a delight for her fans and those eager for inspiration or a beautiful escape into a flamboyant and inexplicably puzzling world and will be on display until 17 March 2013.