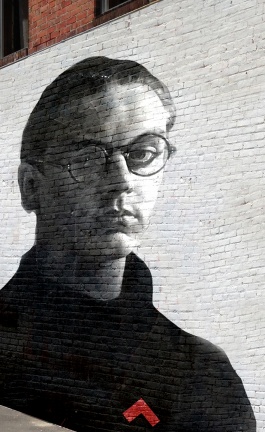 Sleeping With The Dean: A New Boutique Hotel In Providence, Rhode Island by ASH NYC To say the least, German artist Elias Wessel has an impressive and original fashion photography portfolio; his images have found their way onto the pages of magazines such as Vogue Italia, W and The New York Times. Born in Bonn in 1978, Wessel started out as a street artist, and has been living and working between New York City and Germany since 2005. Back in 2011, he collaborated with the transexual superstar, American model and artist Amanda Lepore for ‘There Must Be More to Life’, an art photography project which was shot at The Jane Hotel in New York City and presented in 2012 as a multimedia exhibition at the Art Directors Club Gallery, again in New York. ‘There Must Be More to Life’ was meant to convey a story of self-discovery and reinvention, and as such it portrays the larger-than-life Lepore in various symbolic settings and poses. Sometimes contemplative, sometimes sexy, Amanda Lepore lends the project her own personal story of defining herself as a transgender woman which Wessel has touchingly juxtaposed with imaginary projections of Lepore as a boy and as a mature man.

There Must Be More To Life, photo © Elias Wessel.