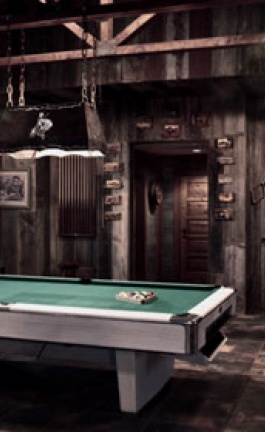 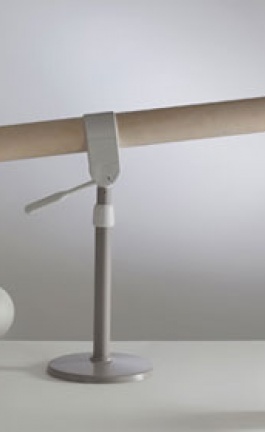 “Designing is my natural state. I am normal”. That’s how Martin Huberman defines his work for Normal™ studio, a design and architecture office based in Argentina that is involved in numerous design projects that have caught our attention. Huberman and his collaborators are trying to explore what is considered as normal, principally through the kind of things that surround us and are perceived as natural without falling into excesses and without being annoying. That’s why they think that beauty can be found in the ordinary and every day objects that are admired for what they are and not for what they pretend to be. One of their latest projects is called Tender and although it begun as an art installation, it was later transformed to a series of imaginative products. Normal™ studio is the proof that vivid imagination can transform simple objects like clothespins into real magic. But then this is something normal for talented people! Martin Huberman gave us a mini interview, revealing it all to Yatzer. Enjoy!

How did you come with the original idea for the Tender project?
“Tender is an installation born from a research based on the concept of “ready made” or “found art”. The idea was to identify an ordinary piece, such as the clothespin, and by repeating it in a studied composition to generate a new surface, changing the logical image of the original piece. βÂ¨By placing a large number of clothespins on a tight mesh, the weight of the clothespins generates on its own a complex surface known as Hyperbolic Paraboloid, a geometric shape of sensual simplicity. Tender is a site specific installation that changes depending on the space where it is located. It is attached to walls, ceilings, floors, creating a symbiotic relationship with the space. Every room has its singularity: light, color, dimensions and every kind of variables are taken in consideration when designing a piece. As a research project, every new Tender tries to develop new forms of spatial interpretation, sometimes through color, sometimes through form. Every installation creates a new set of rules for its growth”.

And how did it occur to you the Love Me Tender project?
“The first Tender was entirely plain and was developed for a one-night exhibition, as part of a gallery event for Rebel, a local model agency. The gallery (Ernesto Catena Fotografía Contemporanea), decided to keep it for about one year, until it was sold to a Dutch art collector. After that, Tramando, a local haute couture design brand, requested the production of a special series of Tender for their shops. So we created Love me Tender, a series of three different pieces that where connected by color. The emphasis of the piece´s aesthetics lays to the idea that every Tender is developed on site, and may change during the construction process.

Which are the main areas of your interest?
The Tender research (I like it how it sounds!) opened new paths inside Normal™. As an architect and professor I am constantly involved with research projects based on material and spatial exploration. I consider it a good way to exercise and "polish" our design process, by accepting a logical trial and error process, a sustainable approach and a simple resolution for every design. For example, Tender had such an acceptance within the public that we decided to take it to the next level and approach it on a product scale. First we designed Ioio and Ieie, a Tender Family of Lamps produced by local lamp producer La Feliz. Then the Museum of Latin American Art requested us a new product for its store, so we created Tenderama, a Tender Module based on the concept of DIY.

Which are your future plans?
We recently finished Patio Colonial, which is an intervention we developed for the Ciudad Cultural Konex (a local PS1). The project is a research on the colonial tile, an element that was forced into our culture during the Spanish Colonies. We are trying to re-contextualize it by rethinking its basic module and simply reinterpreting its usage.  Lately Normal™ has expanded to a design and architecture office based on collaborations and project research. We are beginning the construction of a series of residential projects completely based on sustainable design logics and an office headquarters for a music studio and agency in Paris. Furthermore, we are now starting to work with material producers on product advising and development, ideally helping them improve their product design. We are constantly looking for new projects and new collaborations with colleagues from other disciplines; at the moment we are curating and producing a series of unique furniture pieces for a design gallery in Paris, designed by top local fashion, graphic and industrial designers.βÂ¨