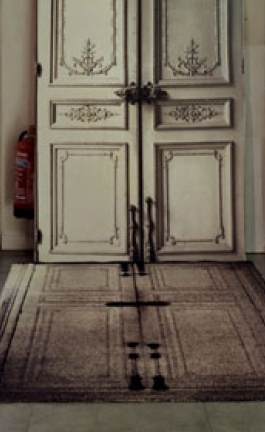 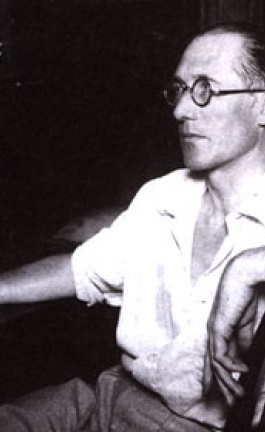 Under this mysterious name is hidden a talented artist from Cyprus named Yiannis Kofteros that has surprised us with his freshness. Thanks to Filep Motwary's presentation on "Un Nouveau iDEAL" (19.March.2009), we discovered Kofteros' talent. His illustrations seem like industrial maps and his sculptures, in an almost nuclear white, look like body parts that are ready to walk. Mixing successfully the organic and the industrial, he creates a successful artistic symbiosis. His pieces possess an extraordinary expressivity and especially when placed at exteriors, they manage to fit perfectly in the surrounding environment. His latest exhibition was named Edn project and caused a big sense in Athens. Kofteros, having Milan as a base, seems more than decided to contaminate the world with his hybrid creations. Yatzer, famous for its thirst for young talents, interviewed him exclusively for its readers!

How did the “Edn Project” start?
For the “Edn Project” everything started from the abstract sense you have for the physical space and its close relation with natural environment. I am thinking space usually as something full rather than empty. In a sculptural way of thinking, I decided to create not just on single element but focus on the connection the forms could have each other by their shapes and by their arrangement in the space.

Which is the working process you follow?
I usually think on details later on and how to solve small issues regarding the shape that comes up and what it means to me. The working process I follow has a lot to do with design and the focus you give on the detail and on the “outline”.

You are involved in both illustration and sculpture. Which are the differences between them?
There are no differences at all, all of my illustrations are part of many elements, each line or curve is attached to one another creating a complex of dimensions and shapes that create depth and a lot of layers. The end result carries a more concentrated center of energy.

Some of your creations remind us body organs and other mechanical parts.  How do you manage to find a balance between the organic and the industrial?
It’s a matter of proportions and the fact that I use light as my major guide in the shapes I am creating. But thinking about body organs and mechanic industrial is the same as thinking man in the modern world with the growth of the internet culture and genius technology achievements; everything is merged into patterns that seem to be indestructible.

What are you currently working on?
So far it has been a very interesting design year for me. Besides and aside the arts, I am currently doing my Master in Design in Milan and I also have worked on some projects that where mostly concerned in eco design.

Which are your inspirations? Which is the role of nature in your creations?
My inspirations are the human in the natural context, the human behavior and the relationship we have with the objects that surround us, and all the small actions that carry a more ritual value. Nature is a main inspiration but by saying nature I don’t mean something that graphical. For example, Internet is the most natural thing, it evolves naturally and it’s even structured like a natural element.

How did you come up with the use of white in your sculptures?
White could also be a reference on the ancient Greek sculpture. It was also ideal because I wanted to emphasize the light on the form and also try to make them more transparent by placing them in a white surrounding for the “Edn Project” installation.

Tell us something about your future plans.
I would like to take all the knowledge I can get from the design world and add a small brick on the evolution of the arts.