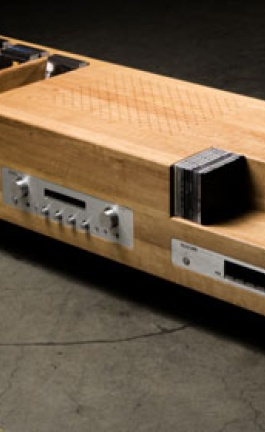 Kevin Krumnikl and his dazzling purity 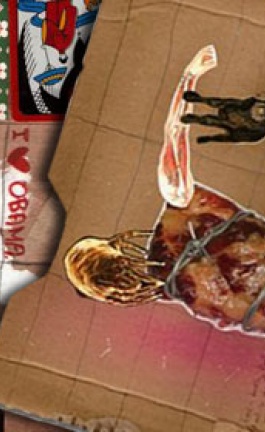 Bauhaus_ literally means “House of Building” or “Building School”.  Back in 1919, in the town of Weimar in Thuringia - Germany the design revolution began.   World renowned architect Walter Gropius established an academy to teach up-to-date ideas in color theory, painting, printmaking, pottery, industrial design, interior design, weaving and textiles, typography and graphic design.  Nonetheless, despite the school’s name architecture was not taught; students who wished to be educated on building design were sent to work in Gropius’s private architecture office.

Walter Gropius, 1928
in front of his design for the Chicago Tribune Tower of 1922
Photo: Associated Press, Berlin
Bauhaus-Archiv Berlin

Today, 90 years later all eyes are on Weimar, Jena and Erfurt as the crucial meeting points of the Bauhaus anniversary.  The Bauhaus, was the most important and influential school of design of the 20th century despite the few years of its existence.  Till present day the Bauhaus has had a long lasting impact on art, design, architecture and every day life, mostly because of the principle of form.   Various classic and influential design objects of the 20th century were developed in Weimar during the Bauhaus from 1919 – 1925.

For the occasion of the 90th anniversary of the Bauhaus, as of July 22nd – October 4th 2009  the Modell Bauhaus in Weimar is presenting the exhibition “Berlin // Martin - Gropius - Bau”, where it primary focuses on the early years of the world renown school of design.  The aim of this exhibition is to portray Weimar as a laboratory where ideas and thoughts that were conceived subsequently reached a mature state deriving approval worldwide.  The innovative approaches and impulse affected the world of design developed at the Bauhaus up till current day.

The exhibit will present well known and less known features of the Bauhaus were the assignments from the school workshops are presented as the highlights, as well as works of the Bauhaus masters.  Over 900 objects from international collections will be exhibited including loans from collections of other museums.

Other events of the exhibition include a five day International Symposium “Global Bauhaus” which will take place on September 21st – September 26th, 2009 at the Martin-Gropius-Bau, Cinema and Stiftung Bauhaus Dessau.  The Symposium will focus on the internationalization, the network character of the avant-garde and the migration paths of the Bauhaus and examine the major questions such as: How did the Bauhaus achieve such a world-wide influence and become an exemplary institution? Who were the multipliers of the Bauhaus idea? What does the Bauhaus stand for today?  The speakers are worldwide leading architects, artists, design historians, art teachers and cultural scholars who have engaged in the research of the history and influence of the Bauhaus.

Another interesting event which twenty lucky pupils from partner universities will participate in is the Bauhaus Summer School which will last eight to ten days in mid- September 2009 at Weimar – Dessau – Berlin.  They will participate in seminars given by members of the Bauhaus institutions. Emphasis will be placed on the intimate encounter with ideas and artifacts of the Bauhaus at the original locations. To this end, they will be able to visit private homes and work with objects in the Bauhaus collection.  The goal of this program is the support of international students in the area of Bauhaus research, the encounter of young people from different cultures, scholarly exchange of ideas and the intensification of project-oriented cooperation.

For further information in this exhibition click here to log on to Modell Bauhaus the Exhibition // Berlin // Martin – Gropius – Bau.