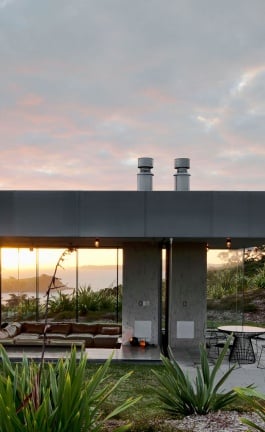 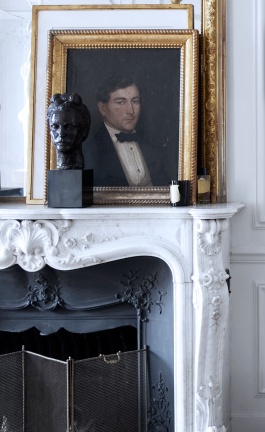 The House Of Patrick Gilles & Dorothée Boissier In Paris

Santa Monica based artist Diane Meyer draws inspiration from ‘failures’ in photography in preserving experience and personal history through combining the image with embroidery. For the 'TIME SPENT THAT MIGHT OTHERWISE BE FORGOTTEN' project, her photographs, all carefully taken and selected, offer a new perspective about places of historic interest such as her Berlin series, and attempt to re-imagine and re-capture all those subtle and lost traces that account for their history.

She makes use of embroidery, which as she explains, ''deteriorates the original photograph and forms a pixelated version of the underlying image''. The use of cross-stitching as a technique offers an exceptional sculptural effect that intensifies the dramatization of the image and heightens the conceptual meaning of the objects. In a sense, one could say, she pushes the distorted image and its history towards the viewer.

Her Berlin series, which is still a work in progress, emerged as she was following the former path of the Berlin wall from the city center to the suburbs. She wanted to capture the psychological weight of these sites and the ways in which the past has remained very much alive in the present. As she explains, she was interested in ''locations where … no visible traces of the actual wall remain...'' only ''... subtle clues of its previous existence.'' With her embroidery, Meyerintervenes in order to ‘restore’ the invisible, the subtle and the non-existent and in essence offers a commentary and initiates a conceptual dialogue with the viewers who are reminded about the history and the memories of a wall that used to be ever-present in the past. At the same time, the use of cloth and the domestic act of sewing, as she explains, ''provide a literal contrast to the concrete of the wall and a metaphorical contrast to its symbolism.''

In her New Jersey series, she continues to explore some broader and universal themes such as history, memory and nostalgia but also embarks on a more personal journey into her past.  It is a much more intimate body of work which touches upon the disconnection between the lived experience and that of its photographic representation through autobiographical references and snapshots from her childhood. For Diane Meyer, the visual language of pixilation highlights the artist’s concern with our culture of storing these photographic documentations of history and memory in a digital rather than a physical format. One could say that the artist is hinting at the demystification of the power and importance of the image to evoke an emotional response to memory and history when the image is stored digitally instead of printing it.

Diane Meyer continues the same pattern of cross-stitching with her landscape series, which as she explains ''becomes a futile attempt to make the fleeting memories of life permanent and ingrained.''