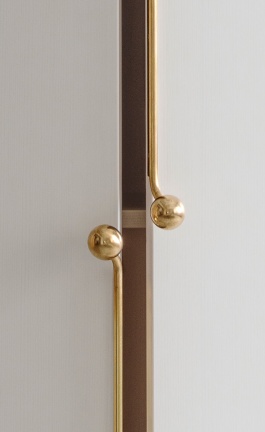 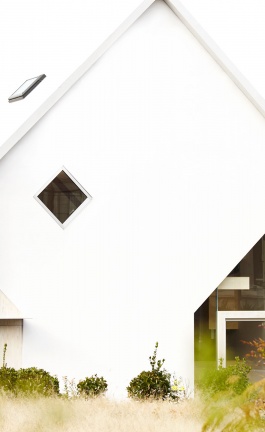 It’s a typical day in busy New York City as thousands of people pass through Grand Central Terminal as they navigate their way through the bustling city. Amidst the endless sea of commuters and the sound of departure announcements echoing off the Main Concourse walls, a herd of fantastical creatures is unleashed, to parade through the masses. The odd sight appears to be part of a colourful hallucination, an exuberant daydream that interrupts every sense of everyday normality and schedule. Flabbergasted, one is left to wonder. There must be only one reason for this; it has to be another Creative Time project.

Founded back in 1974,  Creative Time is a New York-based non-profit that has commissioned and presented the most innovative art in the public realm throughout New York City, across the United States and around the world. Considering public spaces as providing a great opportunity for creative and free expression, they work with artists who ignite the imagination and explore ideas that shape society, transcending geographic, racial and socioeconomic barriers. For their third collaboration with MTA Arts for Transit - a Metropolitan Transportation Authority initiative which commissions public artwork projects throughout the subway and commuter rail stations -,  Creative Time joined forces with famed American visual artist Nick Cave to transform Grand Central Terminal into a magical place bursting with colours and sounds.

HEARD•NY is an installation and performance piece which will be presented from Monday 25 March till Sunday 31 March, 2013, as part of a series of events celebrating Grand Central Terminal’s centennial.

With his debut public art project in New York City, artistNick Cave will transform Grand Central Terminal’s Vanderbilt Hall into a pasture for a grazing herd of 30 fantastical life-size horses. Accompanied by live music, sixty dance students from The AILEY School will don Cave’s celebrated ‘Soundsuits’ and perform specially choreographed ‘crossings’ at 11 a.m. and 2 p.m. every day. Drawing on his training as both a visual artist and dancer, Nick Cave worked closely with Chicago-based choreographer William Gill to design the dancers’ movements, incorporating both choreographed and improvised movement. The horses will perform as a ‘herd’ in the Vanderbilt Hall or in smaller groups within the Main Concourse and throughout Grand Central Terminal. When they are not fulfilling their role as performance instruments, the ‘Soundsuits’ will be on display in the Vanderbilt Hall, offering visitors the chance to inspect the meticulously crafted horses up close.

Nick Cave is a highly acclaimed visual artist who works in a wide range of mediums, including sculpture, installation, performance and video. His ‘Soundsuits’ are stunningly elaborate and richly textured costumes that have been meticulously handcrafted from found objects, recycled remnants and discarded materials. As both sculptures and activated forms when worn, the costumes can double as instruments, producing a unique and distinctive sound. Made of colourful raffia, the horse ‘Soundsuits’ in HEARD•NY wear facemasks embellished with patterns from India, Tibet, Morocco and elsewhere. Responding to the globalization of our cultural identity, the horses’ colourful coats reference a range of cultural influences, from contemporary fashion and Southeast Asian embroidery, to dress and ritual attire from around the world, most notably African ceremonial costumes.

''One of the things that makes HEARD•NY so compelling is that it catches people off guard'', Creative Time Chief Curator Nato Thompson explains. ''Coming across these horses is in itself an unusual experience, but it is all the more so in a place as majestic as Grand Central Terminal''. In what is perhaps America’s most iconic transportation hub and a monument to New York City’s continuous evolution, Grand Central Terminal now welcomes an ambitious project that celebrates the everyday symphony of the train station by reflecting on and reshaping the crowded rhythms of a city in motion.

''We used to be dreamers, thinking ‘What would l like to be?’ But under the stresses of contemporary life, we seem to have lost that capacity. With works like HEARD•NY, I try to create a moment that brings us back to dreaming and fantasy, to a state of mind where we can think about alternative ways of being.''

In their swaying movements, Cave’s ‘Soundsuit’-draped horses create a unique visual and sonic experience, acting as temporal and visual sirens that stimulate our senses. Unleashed amongst the herds of commuters, they unexpectedly cross paths with them, marking their own distinctive trajectories on our everyday cross-city circuit. Abruptly interrupting our fast-paced lives, they demand our attention, asking us to slow down for a moment and observe them.Immersed in a sea of mesmerizing colours and sounds, we happily welcome them and gladly allow them to transport us on a fantastical journey where masquerade, performance art and daydreaming, all in the public eye, co-exist harmoniously.