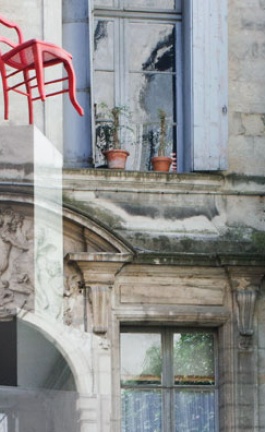 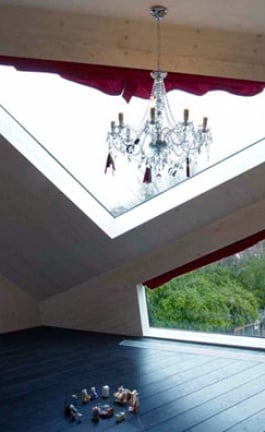 Once upon a time, Italian legend Massimo Vitali was having lunch with a friend, when someone stole his 4x5 camera, leaving him with only a very bulky and very conspicuous 8x10 camera in the boot of his car with which to work with. As a lover of large formats, there was no way he was ever going to go by unnoticed with an oversized tripod and the raised platform required to capture the world with the irreverence it deserves. That was back in 1994 (i.e. the beginning of the Berlusconi era) and his viewpoint was thus changed forever. Looking through the ground glass, it was pretty much like watching TV, which eventually drew his attention to how the whole world (Italian or otherwise) was nothing but a stage.

In the last two decades, Italian society has somehow become one big spectacle - people were attracted to what television told them they should be, and behaved accordingly. When people are in groups they follow the norms they see on TV and that’s where my perspective comes from. Individualism has long been forgotten.
Massimo Vitali

For those of you who are unaware of his sweeping beach panoramas, crowded plazas and the occasional discotheque, Massimo Vitali has been tagged as the ultimate concerned photographer, the eye in the crowd that recognizes invisible patterns and uses his lens to illuminate the apotheosis of The Herd. This new large-scale approach also serves as a nifty tool to trace the progression of the credit crunch, and although Vitali doesn’t view himself as a visual prophet, it was obvious that the faux cosmopolitan lifestyle we were all trying to simulate simply wasn’t going to go and lead us anywhere: ''There was something in the air… a limit to the idea of perpetual growth and eternal affluence'', he admits, shying however, away from making any sweeping conclusions as such.

The same however, simply cannot be said about his pictures. The sheer scale captures so much action, it almost fools you into thinking that there’s not very much happening at all. But no one is really doing the same thing, even if their ultimate goal is to expose as much pink flesh to the blistering sun as possible. At that exact moment, when the beach has finally filled up and your defenses are as scant as your wardrobe (you are half-naked after all), a distant figure, mounted on a 20-30ft platform will release the shutter capturing so much more about your life than you ever thought you were originally there to expose.

Although a self-confessed slave to reality, Massimo Vitali still has to make a lot of crucial decisions before he pushes that button: he picks out the camera - like a painter would pick out their colour palette - and paints the picture by choosing the right location and the right timing. And, in case you were wondering, the perfect beach has nothing to do with it:
Every beach is a perfect beach. What I don't like is what is commonly referred to as the ‘perfect beach’ - the deserted palm-lined Caribbean stereotype, which totally bores me. I quite simply wouldn't know what to look at!
Massimo Vitali

Even if he didn’t, passes-by certainly would. His big and beautiful 8x10 camera is impossible to miss: ''It's hard not to notice the camera and the raised platform I often use when I work,'' he admits. ''Some people take pictures and even e-mail them to me later, while others come by and want to have their picture taken as they've never seen a funny old camera before. One day last year I was standing on top of my scaffolding when a couple went by and I overheard them saying, “Look at that idiot, he thinks he’s Massimo Vitali!''.