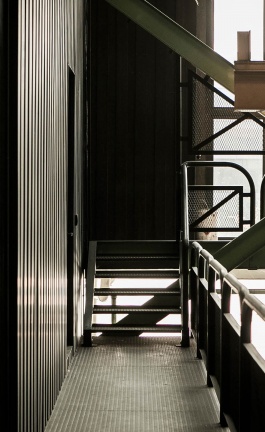 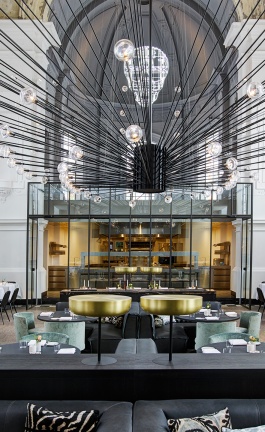 Since its inception back in 2010 ''as a series of independently published editions for the iPad,'' POSTmatter, the London-based creative agency specialising in the digital realm of fashion and design has grown from strength to strength, venturing further into the landscape of interactive Web 2.0 content and bagging a number of high-end fashion clients such as Comme des Garçons and Stella McCartney along the way. Recently, the agency has applied its know-how of pioneering technologies and merged the digital with the physical into an immersive POSTexhibition.

Held over the course of three days (14 – 16 March 2014) at a former Renaissance church in Milan’s Brera neighbourhood, the show fused fashion, performance and digital craftsmanship into three interactive moving image installations. Titled Echo, Gravity and Ripple, each of the pieces starred a dramatically-dressed model who swirled and danced in slow motion as visitors manipulated and transformed the films via a number of intuitive interfaces.

The show which was conceived and art directed by the POSTmatter’s founder Remi Paringaux, brought together a number of creatives including programmer Barnaby Sheeran, art director Yann Binet, fashion stylist Katie Shillingford, artist Robin Rimbaud, scent designer Dawn Goldworm and industrial designer Carlo Borromeo. Whilst the short-lived show in Milan might be over, Paringaux revealed that there are plans to tour it internationally.