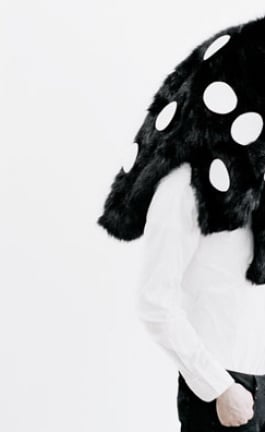 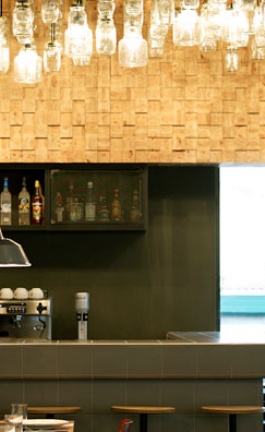 London’s Book Club has it all; bringing together humor, wisdom and offering a cultural revolution to London’s East End social scene. The Book Club (TBC) is a multi-space which includes an all day bar, club and exhibition space which operates from the early morning hours to late at night.

Housed in a slightly retouched Victorian warehouse ((100-106 Leonard Street, Shoreditch, London, EC2A 4RH), The Book Club offers unique interior design spread across two floors – the ground floor and the underground level. The interior design and creative direction for the establishment was created by Shai Akram and inspired by the interiors from New York’s café/bar scene. The ground floor is comprised of the Canteen, Bar, Ping Pong area, Lounge and restrooms. The interior design of the ground floor features exposed full length windows, creating a communication between the street and the interior, while allowing the space to feel airy, open and naturally lit. The brick walls of the former Victorian warehouse have been left untouched and in some cases exposed, while in some cases unique cutout circles allow customers to see through the width of the interior, thus creating a sense of communication with other spaces. The electrical wiring is exposed and vintage-like hanging lamps add to the interior mix and match character. Mismatched vintage chairs and sofas as well as long communal tables (the new trend in dining for quite a while now) add to the shabby-chic feel. Carefully selected vintage and deadstock fabrics have been selected for the curtains as well as for the cushions throughout.

The Bar has been carefully designed to accommodate the shabby-chic-like mix and match feel of the interior. Very simple, yet eclectic, the bar stands out from the rest of the interior due to its all-white and unique black mosaic tiling with hints of color which also feature The Book Club logo. The Ping-Pong area is just as impressive as the rest of the interior – word has it that The Book Club has been London’s hub for ping-pongers for some time now. The Ping-Pong area, clad in long solid wood planks with the ping-pong rackets hanging on the wall beckons for a play.

Underneath the ground floor, the underground level is comprised of areas such as the Book Room, the Cloak Room, the Pool Room, the Bar and restrooms. As you can probably muster, the Book Room could not have been missing from The Book Club –a back room which operates as a private function as well as a screening room.  The underground floor is cozier and undoubtedly has the most attention grabbing centerpiece on the ceiling above the bar filled with light bulbs, giving the appearance of a cloud of ping-pong balls hovering above your head. The underground level continues with the same laid back and casual shabby-chic interior design approach. A long communal table pierces through the wall creating an urge to mingle, while Chesterfield-like sofas and mix and match vintage seating add up to creating an eclectic feel. The brick walls have been painted in white so as to brighten up the basement space, while steel beams have been placed accordingly to support the structure. Moreover, to minimize the effect of the lower ceiling at the basement level, the ceiling has been painted in a dark grey achromatic hue which tricks the eye into believing that the ceiling is taller.

All in all, The Book Club presents an eclectic ongoing program of events and social activities in art, music, film, fashion, philosophy, design, science, and the odd spot of crafts, as well as special screenings and cross platform club nights showcasing new creative talent. Open seven days a week with an alternative menu of brain-teasing and mind-expanding thought for food, it is the younger, slightly smarter sibling of the Queen of Hoxton and it has turned the conventional arts institution on its head.