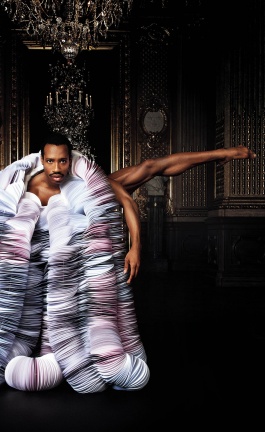 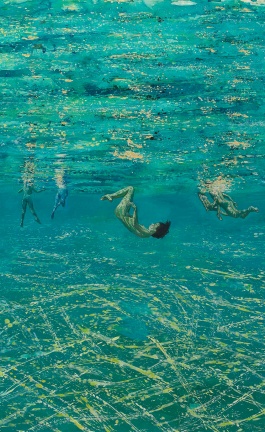 The Antidote of Water: Maria Filopoulou Paints the Greek Seas

Ai Weiwei is a man of contradictions: both deeply sensitive but possessing a strong, fighting spirit, he is one of the most important artists today, but one who is inspired by the past. Perhaps this is why the new exhibit, Ai Weiwei at Cycladic - during which the contemplative work of this exceedingly prolific, modern artist and activist is currently being showcased in the Museum of Cycladic Art in Athens—is so fitting. The exhibit itself which is housed throughout  the entire museum, including the neoclassical Stathatos Mansion, sees the meeting of two ancient cultures, those of Greece and China which will seamlessly meld for the next six months (until October 30th, 2016) provoking admiration, conversation and, definitely, opinions. It’s also a seminal exhibition for it marks not only the introduction of Ai’s work to the Greek public but also signifies the first time he has exhibited in an archeological museum.

“In general, art is a very good tool for creating awareness, for starting dialogues among people and making them think,” Michael Frahm, the curator of Ai Weiwei at Cycladic and a frequent collaborator of Ai’s—they organized an important show at Blenheim Palace (UK) in 2014 during the four years that Ai was forbidden to leave China—tells us when we spoke at the Cycladic Café on the morning of the press conference a few weeks ago. Anyone not living under a rock for the past six months knows that the main awareness Michael is referring to is the refugee crisis that Greece has been stalwartly facing and which Ai quickly adopted under his activist umbrella after he was invited by the Museum to visit the island of Lesbos in December 2015. Michael says that although the plan was to stay on the island for 48 hours on the island, the artist got “caught up in the terrible situation” and ended up establishing a temporary studio there from where he’s been orchestrating projects worldwide ever since. The relationship between Ai and the Museum of Cycladic Art began with an idea of Sandra Marinopoulou’s, the President of the Museum of Cycladic Art, and a conversation she shared with Michael. “We felt that it was an interesting time do something cultural here because of the humanitarian refugee crisis happening in Greece; [we wanted] to make sure initiatives were still happening and that people could see the interest, still felt like engagements were being done,”  Michael says.

Ai’s exhibition at the Museum is stunning and thought provoking to say the least. The 25 item selection, which features predominantly wood and marble pieces, showcases some of the Chinese artist’s most seminal works, such as the impressive four meter tall, crystal Chandelier (2015), the curiously unique Grapes (2011), the haunting marble Mask (2011) and the intriguingly geometric, Divina Proportione (2010). “What is so interesting,” Michael shares about the collection, “is how he can take an object, like the gas mask or the camera (Surveillance Camera, 2010) and transform it into an art piece with a political undertone but one that, seen in this setting, can also just look like a beautiful ‘pop’ object.”

There are also new pieces which Ai designed specifically for this exhibition. Guests are greeted by the first of these as they ascend the grand entry staircase to the Stathatos Mansion: the three satin Flags (2016). Inspired by the silver and gold thermal blankets which are handed out to refugees upon their arrival on Lesbos, the artist reimagined the Greek and European Union flags in reference to the two, “struggling to be surrogate homes to the displaced and homeless.” The third flag is inspired by the outline of the lifeless body of the Syrian child, Alan Kurdi, the haunting image of which Ai replicated a few months ago in an attempt to raise awareness about the atrocities the child and his fellow country people are living under—and in the case of Alan and so many others whose names we don’t even know, dying—as a result of. While this image garnered Ai much attention and some critical acclaim, it also sparked a fair amount of unfavorable criticism.

The refugee crisis is also the inspiration behind another new piece, Tyre (2016). Impressively sculpted out of a single slab of marble it depicts the life buoys handed out to the refugees. It’s a work “symbolic of life and death” and testifies to the incredibly difficult life-threatening feats the refugees have to go through in order to hopefully save their lives and start anew in an unknown, foreign land. To note, 10% of all exhibition proceeds are donated to Médecins Sans Frontières (MSF) and the Greek NGO METAdrasi, both of which are providing much-needed aid to the Greek refugee crisis.

The third piece is called simply, Standing Figure (2016) but it is really anything but simple. Michael told us that it took Ai six months to carve it out of a single marble block and—as with all of his works—conceals a great deal of complex symbolism within its simplistic form. Firstly, it stylistically references the recognizable marble Cycladic figurines—but with a few customizations, namely its life-size scale, beard and outstretched arms—which are now treasured possessions in the Museum. The statue’s other reference is one of Ai’s most well-known works, the photographic triptych, Dropping a Han Dynasty Urn (1995), which documents the artist dropping one of the ancient vessels in reference to the destruction of Chinese artifacts during the Cultural Revolution (1966-1976). These two allusions add up to a piece which ties the two ancient cultures of Greece and China together while at the same time it highlightings their differences in how they view and treat their pasts.

A walk around the museum reveals other works on every floor. Some—like Dust to Dust (2008) or the poignant porcelain bone, Remains (2015)—are nestled among the Museum’s permanent exhibits. Thematically these fit in so perfectly with the permanent pieces that a visitor has to search out their special wood display cases or look for the reference cards to discern where the old ends and the new begins. And then there is also the photography exhibit wherein Ai curated approximately 600 photos from local Greek photographers’ experiences in Lesbos. These are displayed in a room adjacent to his photographic wallpaper which is made up of the 12,030 iphone images that Ai took from mid-January to mid-April on the island.

The experience of the collaboration has been a uniquely positive one from the start on both sides. Professor Nicholas Stampolidis, the Director of the Museum of Cycladic Art, tells us that when Ai visited the museum for the first time on December 29th, 2015 he had been scheduled to stay for an hour… but ended up staying for six. “When he was revealing the pieces to inaugurate the show yesterday I approached him just as he opened up the ‘Tear Bottle/Tear Gas Canister’ beside the display of the ancient Cycladic vessels that were used by mourners to collect tears,” Professor Stampolidis shares with us. “He inquired as to if he had offended me in some way with the display. But on the contrary the sensitivity with which he approached the parallels between the ancient tear vases and the tear gas canisters which are used today to cause tears [was moving] and displays the exact difficulty with today’s society.”

“People have a lot of opinions on [the exhibition] which is great,” Michael shares with us. “Some people have negative remarks, some have positive remarks. But at least that creates a good dialogue. Otherwise, if everyone had the same thoughts, nobody would be talking!”

We asked Ai why he thinks that an artist can say more with art than with words. His reply was a characteristically humble one: “When an individual assumes that deeply believed understanding to communicate their emotions, their knowledge… it is very vulnerable and dangerous. Sometimes they are successful and sometimes not as much—like me. I am just an activist.”

Activist or artist; keeper of traditions or innovator; provocateur or voice for the voiceless. No matter what one tries to label him, one thing is certain—Ai Weiwei gives people a whole lot to talk about.