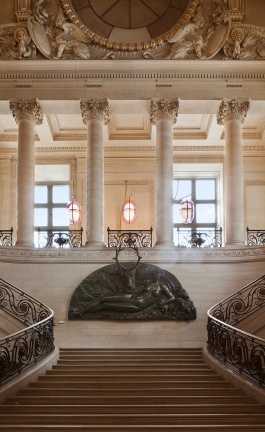 Café Mollien: the Louvre Under New Light by Mathieu Lehanneur 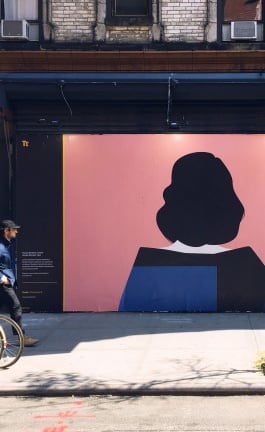 It is found in a secluded, protected landscape area. From the outside, it looks less like a series of buildings, and more –as the architects Radko Květ and Pavel Pijáček consciously intended it- like a series of caves. Within it, more than a thousand square meters narrate the course of human evolution. In Southern Moravia’s Pavlov, near the Czech-Austrian borders, this is how the world starts. Not with a bang, but with a museum.

Pavlov’s Archeopark, the town’s archaeological museum, opened earlier in 2016, and is impressive in shape, as well as content. However, the content came first. Indeed, way, way first. The reason that this part of Europe so easily attracts such great archaeological attention is that it hosts Paleolithic-era tools of stone and bone, along with skeletal remains of anatomically modern humans, and the artwork that shaped the rituals of their everyday life.

The impressive complex’s design evokes prehistoric architecture and gracefully mimics the course of archaeological artifact and discovery, taking the visitor through a series of submersions and immersions. Its flow counts on narrowing corridors, redeeming skylights and geometrical antitheses to elicit from visitors a physical reaction to experiencing the museum. One enters it exactly as to discover its treasures as gazed upon for the first time. This allegorical quality of the architectural construct is itself a product of actual necessity. The buildings are part of a national monument, and construction was limited to areas previously archaeologically excavated and researched. The “in situ” exposition is the only exception.

Interactive as well as conventional in its didactic means, the Archeopark is made of concrete, oak and glass. Photographs and artifacts are laid bare and magnified through the elegant minimalism of the museum. Overall, the design highlights a juxtaposition: It expands underground, where the archaeological artifacts can be found, and from that literal and symbolic depth projects itself above the ground and to the sky, as a work of modern architectural art claiming time-old roots and endless prospect.

One of the most famous, inspiring quotes about archaeology comes from the dialogue between George Herbert, the 5th Earl of Carnarvon, and Howard Carter, upon the latter’s initial gaze into Tutankhamun's tomb, which he discovered. To gladly repeat it, Carnarvon had asked Carter, “Can you see anything?”, to which the succinct answer was “Yes –wonderful things!”. Pavlov Archeopark is not only host to wonderful things; it truly is one of them.

The museum’s design evokes prehistoric architecture and gracefully mimics the course of archaeological artifact and discovery, taking the visitor through a series of submersions and immersions.