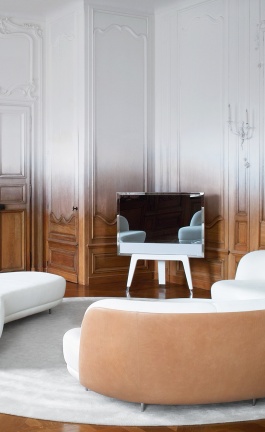 Based in Singapore but always on the move in the eternal search of images worth taking, photographer Ernest Goh has been documenting the natural world of Southeast Asia and its people for over 10 years (his work includes images from the 2004 South-Asia tsunami aftermath in Aceh, Indonesia, and the SARS disease outbreak in Singapore). As the creative director of The Animal Book Co., an initiative promoting animal appreciation through photography, he takes pictures of animals that are otherwise often overlooked or unknown – usually as an indirect comment on how they are treated by humans and our changing relationship with nature in general.

It all started with Goh’s first photography book titled ‘The Fish Book’ (2011), which consisted of portraits of ornamental fish from Singapore, the world’s largest exporter of ornamental fish. The portraits treated the fish not as merely decorative animals but as individuals with personalities, an approach that is at the heart of Goh’s working and life philosophy. ''Photographing fish was a real eye-opener,'' he explains. ''I found each of them to be different, and not just in terms of shape, size and species. Some were livelier than others, some were more camera-shy, but all had facial expressions of some form – elated, grumpy, excited or confused... The experience made me realise how our perception of animals could be changed simply by getting to know them as individuals.''

Ernest Goh’s fascination with animals and the ways humans relate to them has not diminished over the years. After working with dogs, snakes and Orangutans, he produced ‘Cocks’, an award-winning* series of photographs of ornamental chickens which has toured as an exhibition (Russia, Slovakia), and was published as a book in August 2013 (*Professional 2nd Place, Nature & Wildlife, Sony World Photography Awards 2013). ‘Cocks’ focuses on the ornamental chicken phenomenon in Malaysia, where beauty pageants, especially for chicken, take place every week – an activity that has gained increased popularity in the country as well as abroad over the past ten years. During these ‘beauty pageants’, owners display their carefully bred and groomed fowl in front of a panel of judges, who decide on the winner based on appearance and how the cocks move, namely strut across the table.

Fascinated by this custom and the beauty of the fowls themselves, Goh went to Malaysia and set up an onsite pop-up photographic studio in order to take pictures of these amazing birds. Those with the most attitude are perhaps the Ayam Serama cocks, a breed of chicken considered the smallest in the world which emerged in Malaysia approximately fifty years ago. The little Ayam Serama cocks are star quality personified: the moment they hit the stage they puff out their chests and feathers and strut about in a way that, if they were human, we could describe them as pompous and vain exhibitionists. Goh had no problem snatching gorgeous pictures of these little show-offs, since they love to pose and be admired: ''I really did not do much except study each chicken before the shoot, waiting for the right moment,'' Goh confesses. ''Like show dogs, these show chickens know they have to ‘perform’ when placed on a stage.''

You can catch a glimpse of the cute little posers in the following short documentary by art collective Another Beautiful Story. Once you see how these cockerels walk and carry themselves, you will understand the reason why their owners usually describe them as ''proud warriors ready for battle.''