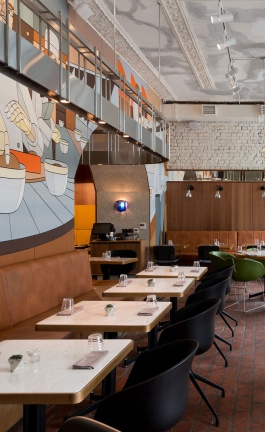 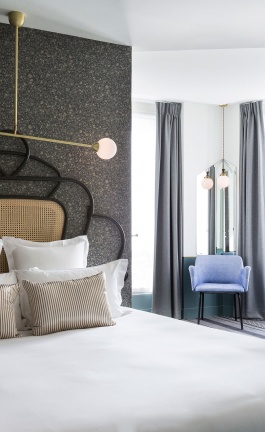 The Nouveau Retro Touches of the Panache Hotel in Paris

Beloved: an Installation that Bridges Literature and Design by Tabanlıoğlu Ar...

Istanbul-based Tabanlıoğlu Architects used “the power of design” to transform literature into a powerful physical encounter for the visitors of London Design Festival last September. Inspired by the novel Madonna in a Fur Coat by famous Turkish writer Sabahattin Ali (1907 - 1948), the architects created Beloved, a 13-meter-long mirror panel containing digital screens. The work was installed at the Victoria & Albert Museum where visitors could catch glimpses of videos and text through slits on the mirrors’ surface, which blended with their own reflection and the grand architecture around them as seen through the black mirrors.

Created by Melisa Mızraklı, the videos presented chapters from the life of the author Ali and the protagonist of his novel, Raif, creating interesting parallels between the two: Madonna in a Fur Coat is the story of a young man who leaves rural Turkey for Berlin in the 1930's, where he meets an enchanting woman whom he cannot forget for the rest of his life. Ali himself studied in Germany and worked as a teacher of German in Turkish schools, before he was imprisoned for his political beliefs. The image of mid-war Berlin, with its busy streets and thriving art scene, must have symbolised freedom and happiness for Ali, who in the meantime, was imprisoned for a second time. Unfortunately Ali never managed to escape Kemalist Turkey and his enemies there: when he tried to escape Turkey in 1948, he was shot on the Turkish-Bulgarian border and his body was found three months later.

Madonna in a Fur Coat is considered one of the most important works of Turkish literature, and in recent years has become a best-seller once again in Turkey, with half a million copies being sold in 2015 alone. The first ever English translation of the book was published in 2016 by Penguin, an event that added new layers of meaning to Tabanlıoğlu Architects’ installation at the V&A. Apart from being a sombre monument to Ali and his fate, the black-coloured monolith alluded to Raif’s black notebook mentioned in the book, while the bridge on which the work was installed symbolised the connection between East and West that the book deals with. “Through Beloved, we wanted to reinterpret the story in London,” says architect Murat Tabanlıoğlu. “The installation was built to be a physical realisation of the way the human mind imagines scenes from a book as they read. It aimed to be a very intimate experience that celebrates literature, passion and the human condition using the power of design.”