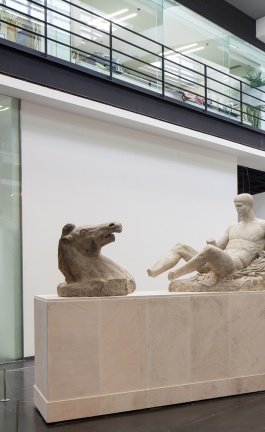 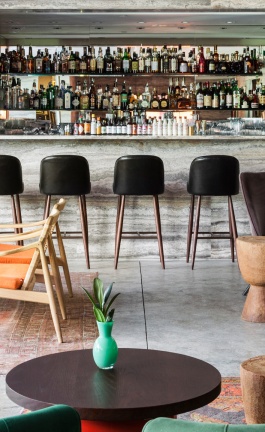 Over the past few years London has turned into a hotbed of alternative and avant-garde fashion for men which has translated into a whole generation of young designers creating daring and contemporary menswear collections. We recently came across the work of British designer Benjamin Bertram, and instantly fell in love with his monochrome and geometric creations, as well as the refined way they incorporate architectural references. Bertram, who has released two collections so far, studied fashion design at Sheffield Hallam University (2012), and worked for fashion editorial magazines and super talented London designer J. W. Anderson before setting up his own studio in South London.

Architecture, and the social aspects which surround it, take centre stage as points of reference for Benjamin Bertram. His graduation collection titled ‘Suburban Boys’ was inspired by a Brutalist apartment block in his hometown, Sheffield, known as Park Hill (built in the late 1950’s to house the residents of a former down at heel neighbourhood, the block is now a Grade II listed building), while his second collection, ‘Logan’s Run’ (named after the 1976 sci-fi movie with the same title) was inspired by the clean lines and futuristic volumes of the ‘City of Arts and Sciences’, a truly monumental architectural complex in Valencia, Spain, designed by Santiago Calatrava and Félix Candela.

Both collections echo the lines, textures and volumes seen in the buildings they reference, by carefully layering simple forms to create a composite, elaborate look.