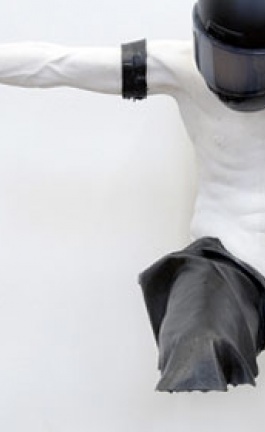 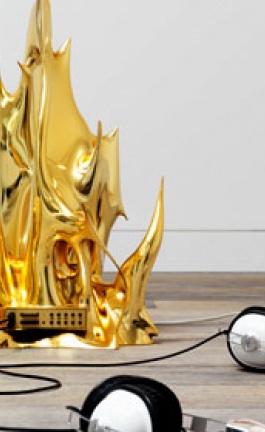 With the kind support of Veuve Cliquot champagne the Yatzer Team found itself in Milan to bring to you the very best from the design Mecca.  Apart from the posts which have been running the past week and the ones which will be running the next weeks, we selected the very best which were presented during Salone Satellite 2010 // 13th Edition...and we hope that you'll enjoy them as much as we did!

For the thirteenth consecutive year SaloneSatellite placed the spotlight on the world this year.  A world of colors – orange, blue, yellow, red and green - colors which represent the five major continents of the world; respectively, The Americas, Europe, Africa, Asia and Oceania.  700 young designers joined forces to create the “avenues” of the world by emphasizing an international unity spirit of this 13th edition.

”Modern Times” by Johannes Tjernberg and Rasmus Malbert
“Ash” - a paraffin lamp, “Instant” - a series of table clocks, and “Pulse” - a docking station for mp3-players piece.

Lian by Sebastian Herkner // (Underneath the glass dome you can highlight, display and save personal favorites, heirlooms or souvenirs.)

My Granddaughter’s Cabinet by Lisa Hilland //

Plus One by Matthias Ries //

The “WEDDING" stool by DEDE (DextrousDesign) //

The “SKITCH” hanger by DEDE (DextrousDesign) //

Dressed chairs with TATA-NAKA by ROOMS //

FORBIDDEN VASE (covered with strips of leather) designed by Myriam B. Maguire/Fabrica for THE RIOT ACT Ceramic collection //

NO THING by Brikolor //
" This year in Milan we had planned to launch our first product and to show several new prototypes. The work is done. But we aren't happy."