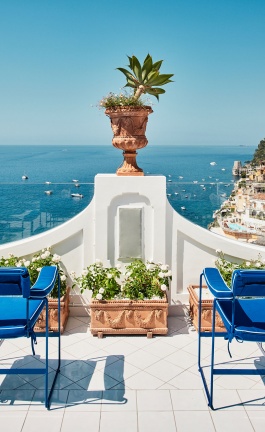 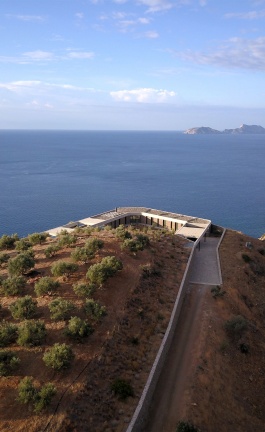 The much-anticipated opening on May 22nd of the Bourse de Commerce–Pinault Collection, a private museum in Paris housing the contemporary art collection of French billionaire François Pinault, was preceded by high expectations which we’re happy to say were not dashed. After all, how could they be? The project brings together an iconic neo-classical landmark, a world-renowned architect, and a mega-collector and luxury-goods magnate whose portfolio includes brands such as Saint Laurent, Alexander McQueen and Gucci.

Just around the corner from the Louvre, the city’s former stock exchange has undergone a major three-year transformation by Pritzker Prize-winning Japanese architect Tadao Ando who has masterfully combined the building’s architectural heritage with his signature use of concrete volumes to create a venue that transcendentally merges past and present. Fittingly titled “Overture”, the museum’s inaugural exhibition was conceived as a manifesto rather than an overview, presenting an eclectic selection of artworks which, much like the overture of a symphony, announce the major themes, leitmotifs and questions that underpin the collection as well as influence Pinault as an art collector.

Pinault Collection’s Bourse de Commerce isn’t the first time that art, architecture and the world of luxury goods have joined forces in Paris in such a spectacular manner. Pinault’s ambitious endeavour follows in the footsteps of the Jean Nouvel-designed Fondation Cartier pour l’Art Contemporain which opened its doors in 1994 and the Frank Gehry-designed Louis Vuitton Foundation inaugurated 20 years later. But whereas those two projects established Cartier and LVMH’s cultural bona fides, the Bourse de Commerce is actually Pinault Collection’s third venue after the 18th century Palazzo Grassi and the 17th century Punta della Dogana in Venice which opened in 2006 and 2009, respectively. Apart from hosting sections of the 10,000-artwork-strong Pinault Collection, what unites all three historic premises are the masterful renovations by Tadao Ando whom Pinault has been collaborating with for the past twenty years.

Initially constructed as the Hôtel de Soissons for Catherine de’ Medici in the 16th century, it was rebuilt in the 18th century in the form of a three-story circular volume topped with an enormous glass cupola to serve as a wheat market before becoming at the end of the 19th century a commodities exchange, at which time it was extensively renovated by architect Henry Blondel, and later the city’s stock exchange. In collaboration with Paris-based NeM Architectes, Tadao Ando has meticulously restored the building’s stately architecture, including the steel and glass dome, which is classified as a historical monument, transforming the edifice into a multi-use venue that includes seven galleries, a 284-seat auditorium, a black-box theatre for video installations and experimental performances, and a top-floor café-restaurant, La halle aux grains helmed by father and son Chefs Michel & Sébastien Bras.

Add in French designers Ronan and Erwan Bouroullec’s bespoke minimalist furnishings, which range from street furniture around the building, to benches and chairs in the interior created in collaboration with Cassina and Artek, to light fittings manufactured by Flos Bespoke, including a monumental 17-metre-long chandelier, and you get an idea about the attention to detail that permeates the entire project.

Undoubtedly, Ando’s boldest architectural gesture is the 29-metre-wide, nine-metre-tall concrete cylinder that he has inserted within the rotunda. The concrete structure forms a round exhibition space whose minimalist aesthetic initiates a dialogue with the grandiose glass dome and monumental 360-degree mural hovering above. On the outside, a set of concrete staircases wrap around the cylindrical volume connect the ground floor with the upper levels. This includes a circular walkway on the top of the concrete structure from where visitors can more closely observe the 19th century mural of the cupola, and the basement where the concrete cylinder extends down to forming a ring-shaped foyer with an auditorium in the middle.

Standing in the middle of the rotunda as part of the museum’s inaugural exhibition, Swiss artist Urs Fischer’s group of deceptive sculptures sets the tone for the Collection’s thematic explorations and artistic sensibility. Based on one of his most emblematic artworks, “Untitled” (2011), the installation is comprised of nine wax sculptures centred on a wax replica of the 16th-century statue “The Abduction of the Sabine Women” by Giambologna, around which Fischer has placed a life-size effigy of Italian painter and Fischer’s friend Rudolf Stingel, a Monobloc garden chair (the most popular chair in the world), a standard office chair, a pair of economy class airplane seats, and four copies of chairs from the Musée du Quai Branly collection.

Conceived as a monument to impermanence, the wax sculptures were set alight at the museum’s opening and will burn for six months until there’s nothing left. More than a memento mori, Fischer’s work also makes a political statement: set underneath the dome’s restored 19th-century frescoes, whose iconography in celebration of France’s commercial reach is replete in demeaning stereotypes of a Eurocentric colonized world, the melting art and design icons offer a sobering rebuttal to the superiority of Western culture.

Much less conspicuous than Fischer’s installation, but as subversive and whimsical are British artist Ryan Gander’s small white animatronic mouse that pokes out of a hole on a wall on the ground floor, Italian artist and art provocateur Maurizio Cattelan’s squadron of stuffed pigeons that ominously look down upon the visitors from the balconies of the rotunda, and Italian artist Tatiana Trouvé’s series of uncanny sculptures made of granite, marble, bronze, onyx, or steel which are modelled on different types of chairs used by museum guards.

Subversion also lies at the heart of African American artist David Hammons who is prominently featured in the exhibition with 30 works, some never seen before in Europe, which range from works on paper dating from the late 1960s and early 1970s, to sculptural installations from the 1990s, through to “Oh say can you see” (2017), a lacerated, discoloured American flag that confronts the colonial vision depicted in the section of the cupola’s mural dedicated to North America.

More than any particular work of art or artist though, what makes the Bourse de Commerce such an exciting proposition is the conversations it initiates between art and architecture, history and modernity, and cultural heritage and artistic expression. In conjunction with Ando’s light-footed yet striking architectural statement, suffice it to say that Pinault’s new museum is sure to jumpstart Paris’ post-pandemic cultural life with aplomb.