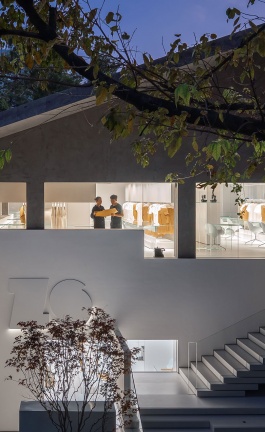 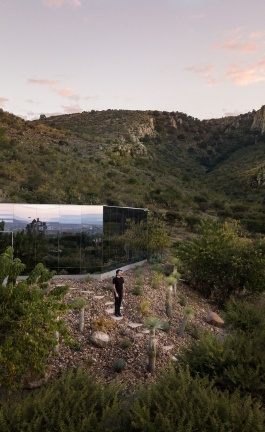 Traveling by passenger and freight ferry has neither the opulence of cruise ships nor the glamour of yachting, so it’s only natural that ferries are widely considered to be bland and boring, although this may change if Brittany Ferries has its way. The French shipping company has been redefining the experience by revamping its ferries with art and design inspired by the ship’s destination, as can be glimpsed from its brand-new ship Galicia which joined the fleet last autumn. Travelling from Portsmouth to Santander – the first of three new Spanish-themed ships that will travel between the UK and Spain – Galicia features a carefully curated selection of original, commissioned artwork inspired by the ship’s namesake Spanish region. Curated by Amsterdam-based, American artist Kimberly Poppe in collaboration with Brittany Ferries' strategy director Catherine Querné, the collection ranges from paintings, to sculptures and photography, including works by Poppe herself, creatively showcasing different aspects of Galician culture.

"Galicia is quite distinctive from the rest of Spain, in its climate, its culture and its coastline", Poppe says. "It's greener, and it has these wild, rocky shores, and weather that's a little more like the British Isles. It has its own language, and wonderful music that has a direct Celtic connection to Brittany and Ireland especially.” In order to authentically capture the region’s unique character, a diverse group of artists, designers and even writers were approached to produce work for the ship which in conjunction with the modernist interior design by architect Richard Nilsson, has resulted in a fascinating, art-filled ship that intrigues and inspires.

For Valencia-based, Dutch artists, photographers and art directors Nienke Klunder and Wiglius de Bie, the artistic duo behind KlunderBie, the commission was an opportunity to unveil the latest chapter in their ongoing exploration of Spanish culture. “We wanted to give Galicia's passengers”, as they claim, “a peek into what we believe Galicia stands for: its people and traditions, the traditional clothing and the landscapes”. Meticulously styled and art directed, KlunderBie’s whimsical work is a paradigm of elegance and sophistication, whilst also brimming with intelligence, curiosity and a sense of fun.

For the ship’s “Azul” restaurant, the duo created a series of round, porthole shaped portraits as a reflection of the nautical setting. The series pays tribute to Galician folk culture, showcasing traditional clothing and emblems in KlunderBie’s signature style of cheeky irreverence, recasting Galicia’s cultural heritage under a contemporary light, and injecting a sense of playfulness into the toned-down, modernist-designed space. Mysterious, seductive and rich in historical and folkloric allusions, their subjects pique passengers’ curiosity for the wonders awaiting them at the end of their journey.

Just as playful in its sensibility is the series of still lives that KlunderBie created for the “Taberna de Tapas” restaurant by marrying images of the fresh ingredients from the region with ceramics by Sargadelos, a Galician company famed for its clean, geometric designs based on Celtic traditions. The resulting off-kilter compositions are vibrant in colour and zany in design, conjuring a surreal dialogue between food and vessel, flavours, tastes and tradition.

More understated but just as evocative are Poppe’s landscape photographs that adorn the ship’s cabins. A follower of Buddhist philosophy and practice, the artist has been teaching meditation for over 15 years all around the world, so it’s only natural that a deep-seated sense of mindfulness imbues her photographic work. For this project, she toured Galicia’s often-deserted coastline, capturing expansive ocean views either during dusk or dawn. Taken with long exposures and deliberate movement, her photographs blur the boundaries between sea and sky, day and night, clarity and abstraction, evocating the sublime beauty of nature in liminal states. Contemplative, cleansing and calming, Poppe’s landscapes perfectly complement the ship’s stripped-down, modernist cabins.

Although Galician land and culture is the principal theme in the ship’s art collection, it also includes a group of works inspired by Velázquez’s iconic 17th century painting “Las Meninas”, one of the most studied and reproduced works in the history of art, with artists such as Picasso and Dali having produced their own versions. Onboard the Galicia, passengers get to experience modern interpretations of Las Meninas via the works of contemporary Spanish artist Alfredo Palmero and British artist Nicholas de Lacy Brown, alongside prints by Picasso, two life-size Meninas statues and twenty statuettes by different artists.

The Spanish theme extends beyond the artworks to the culinary offerings on board, which are based on authentic Spanish ingredients from organic farmers and small local producers under the guidance of Spanish Chef and sustainability advocate Carlos Zamora, as well as the interior design with furniture from Spanish design brands such as Capdell, Metalarte and LZF Lamps. With such a fascinating mix of offerings designed to arouse curiosity, stoke anticipation and delight the palate, passengers may very well end up wishing the 24-hour trip from Portsmouth to Santander was longer.