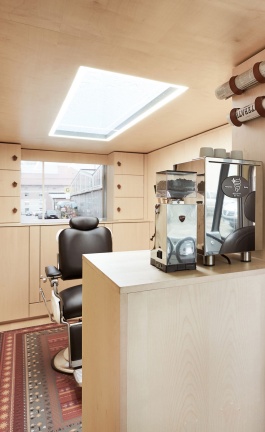 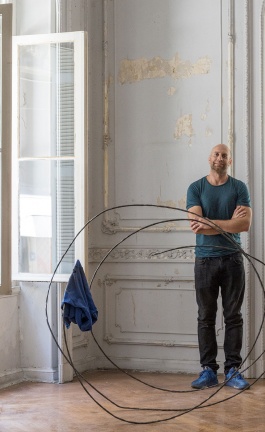 A Puppet Sun: Kostis Velonis Brings a Neoclassical Residence to Life With his Sculptural Work

Tiptoeing between reality and fantasy, New York based photographer Brooke DiDonato’s images are unfolding stories that viewers find themselves in the middle of. Seeped in pastel colours, often featuring flowers or set in domestic settings, DiDonato’s photographs are nevertheless neither soothing nor uplifting, as there’s always something a little out of kilter, some minor inconsistency or dream-like bizarreness that subtly brings out the uncanny out of the banal. Exploring narratives about vulnerability, instability and self-destruction, her images challenge human perception: Rather than asking viewers to distinguish between fact and fiction, they urge them instead to merge them into a story of personal reflection. DiDonato talked to Yatzer about her work, her evolution as an artist and the houses that she grew up in.

What prompted you to get involved in photography? Where do you trace your artistic sensibility?
I told my mom I wanted to be an artist in 5th grade but she told me that artists don't make any money until they're dead. She said I should be a doctor, but that didn't appeal to me. So instead of studying art (or biology) in college, I wound up studying journalism. I started interning as a photojournalist for a newspaper during my junior year and realized pretty quickly that I didn't enjoy it. But I kept working there to finish up credit hours and started shooting self-portraits on the side where I could be less concerned about objectivity.

What are the underlying ideas that you explore in your work? Are you guided mostly by conceptual or aesthetic criteria?
I think it's a balancing act. The other day, I found this old print of mine that I’d taken several years ago of a man lying in a pool of fake blood on the sidewalk in Brooklyn and people walking by in the background. The composition is bizarre, the lighting is not good, and the entire photograph is just totally in-your-face overdone. I kept wondering "How the hell did I ever think this was good?" What I was trying to do was show the bystander effect, which is an interesting concept but because my aesthetic approach was off - the image just didn't work.

I told my mom I wanted to be an artist in 5th grade but she told me that artists don't make any money until they're dead.

How has your background in photojournalism and sociology influenced your work?
It taught me that pictures could tell stories. It sounds obvious, but I had never really thought about it in that way. Prior to college, photography was something reflexive that I did purely to capture and preserve. I had never thought about it as a narrative tool.

Are your photographs carefully staged/choreographed in advance or is there an element of experimentation and spontaneity in your photo shoots?
With my personal work I usually start with a location or prop. From there, I don't plan much. So there is a level of spontaneity when it comes to how the subject is depicted in the final image.

Your photographs frequently feature flowers, both real and as motifs or prints. What is their significance?
I like that flowers can symbolize an array of meanings- love, mourning, purity- the list goes on. They change with context and I like finding new ways to incorporate them.

Roses in particular seem to be the closest to your heart. They feature prominently in their namesake series where they appear to be melting—or bleeding, depending on one’s perspective—on top of naked bodies. How were these shots accomplished, and what is the inspiration behind them?
The series "Roses" was created over the course of a few weeks in my studio using some rose candles that I found on eBay. The series explores dissociation and adversity.

Often in your photos, human figures are presented in a catatonic state, slouching or lying down listlessly, which produces both a sense of helplessness, vulnerability and numbness, and a dream-like aura. What is the message you are trying to convey?
A lot of my work acts as an open storyline so I think the point of departure is different for each viewer. Ultimately, I hope to provide a level of suspense or disorientation. But what viewers walk away with, as a conclusion, is up to them. I have my own interpretations in mind, but I'm not always attached to them.

Similarly, in many of your pictures your subjects’ faces are hidden or out of view. Why is that?
I started hiding faces when I began shooting self-portraits. I really disliked seeing myself in pictures but I used myself as a subject because it was convenient and I could experiment freely. When you take away faces, the person in the picture becomes more of a character and it forces people to look at other aspects of the photograph to find the storyline. That was interesting to me so I stuck with it, even as I started working with new subjects.

Several of your photos present a scene of suburban domesticity interlaced with an uneasy sense of mystery—a woman hiding behind potted plants in a living room or a body stashed below a sofa cushion for example—that surreally combine the banal with the uncanny. What kind of narratives to these images represent?
Those photographs are from a series I've been working on called "A House is Not a Home". They are all self-portraits and they question notions of femininity as well as the antiquated concept of "female hysteria", a diagnosis historically given to women who struggled to align themselves with social conventions. The images are set in suburban Ohio where I grew up.

Your images are also steeped in pastel hues and patterns that evince, in conjunction with vintage items, both a nostalgia and an otherworldliness. How did you arrive at this palette and what is its significance?
I think it stems from the houses that I grew up in. They were very post-war, covered with floral patterns and a pastel decor. So I guess in short, I'm kind of ripping off my grandma's style.

What are you working on right now?
Continuing some personal projects I've been procrastinating on. Freelancing. I joined a gym too.