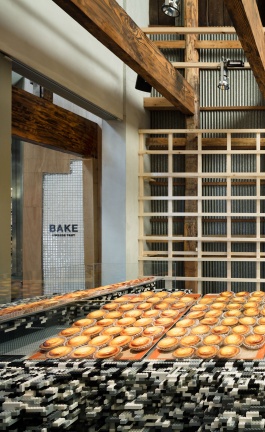 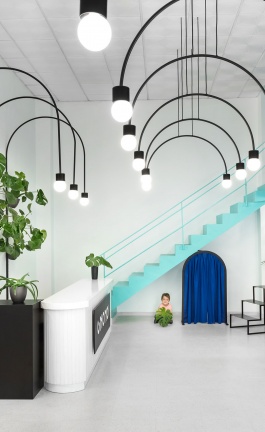 Colombian-born, Barcelona-based artist Cesar Biojo has made a name for himself with his series of portraits and nudes that mix realism, impressionism and abstract art to reveal the transience and elusiveness of human nature. Intentionally using a very limited color palette of eight to ten pastel hues, his paintings capture their subjects not in any particular moment in time but rather in a fluid state of temporal transition. Yatzer talked to the artist about his art, Jean Paul Sartre and post-war painters.

What inspired your series of portraits and nudes that you’ve been painting?

I like to define my painting as a constant search about human nature. My painting is not about politics, race, history, my Colombian heritage or anything other than our human condition. I therefore find the nude to be the most direct way of approaching humans without falling into the temporal or époque narrative that clothing may connote. Every painting that comes out of my studio leaves after suffering an accident, after finding the perfect balance between the controlled and the uncontrolled as a metaphor of existence itself.

I believe a work of art has three different conversations. Firstly, there is the one that the artist generates with the work itself. The second conversation is between the painting and its historical context, and the third one is the personal and idiosyncratic relationship the viewer establishes with the painting. As an artist I may control, to a certain extent, the first two. But the third one is completely up to the viewer and his or her reflections of the self. Sartre´s quotation makes me wonder how the awareness of myself would change if nobody, including myself, could see me. Painting therefore becomes a mirror for the spectator’s self: everybody sees what they want to see reflected inside their own introspection.

Taking this one step further, is this self-reflective interaction between painting and viewer a metaphor for the kind of relationship there should be between art and the public? Should art principally be a reflection of the artist or should it attempt to reflect the viewers?

Your paintings combine a "materiality", found in the visible brush strokes and the rich layers of paint, and an immateriality expressed through the deconstruction or obliteration of the painted image. What does this signify?

So far one of my early conclusions about humanity is that we hate change and love stability, yet ironically in order to evolve we need quite the opposite. Up to the 20th century, painting depicted humanity in a utopic, unchangeable and static way, trying to capture ephemeral idealistic triumphs. But to me that is just a manifestation of humanity's desires, not a reflection of human nature. The concept of the accident in my work, where the controlled, ideally constructed subject coexists with its own deconstruction or obliteration, is the most respectful way for me to depict a human being. Ignoring the unpredictability of life in a portrait would be a sacrilege to the existence of the person I paint.

You have mentioned that your portraits attempt to encapsulate “where we come from, where we are and that we are going to die” and that therefore your painting process seems to include both a component of creation and one of destruction. How do you find the balance between the two?

This is going to sound crazy but there is a moment when the painting tells me to abandon it, to leave it alone. I always feel at that moment that I have found that perfect balance between life and death, the figurative and the abstract, the controlled and the uncontrolled, and even though every time I see the paintings after a period of time, I always feel I that I have failed to capture that balance. I believe striking the “perfect” balance is inevitably a fleeting objective, being graspable only for a brief period of time, like a human life!

Do you ever consider, or are you ever tempted, not to go through with the “destructive” phase of your process?

The moment of “destruction” is the most exciting, yet the most excruciating part of my life. I am always tempted to leave it as it is, but find it disrespectful to the person I depict. It would offend me if someone were to study or paint my reality and leave me frozen in a period of my life without taking into account the temporal malleability of my existence.

There is something very emotional in the way you paint. Watching you work, it seems to me that you use your brushes and spatulas in a visceral rather than calculated manner. What kind of feelings do you experience while you work?

It is extremely difficult to describe in words all that I feel or think when I paint. I guess that’s why I paint. I define my painting process as the collision of two opposite forces. It is calculated and erratic, Apollonian and Dionysian, controlled and uncontrolled, etc. As for what I feel when I paint, it starts with a careful, almost maternal feeling that becomes, when the accident is about to occur, an exhilarating rush!

Your paintings seem to share the psychological penetration and intensity of texture found in Lucian Freud’s portraits as well as the emotional charge and pictorial distortions of those of Francis Bacon. Which artists or things have inspired your work?

[Lucian] Freud´s and [Francis] Bacon´s subjects –and I would add Gerhard Richter, Alex Kanevsky and Jenny Saville– clearly depict the gravity and the weight of the post-war zeitgeist. I would say that all of the post-war painters have that introspective existential aura to their work that just fascinates me. I describe it as “gravity at its highest peak”. This post-war period has, in my opinion, generated the most accurate depictions of human nature that painting has ever accomplished because the true nature of the human being is most visible in a “defeated state”.