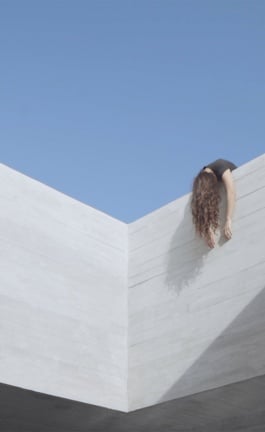 The formative years of established designers may be overshadowed by the accolades and awards that follow, but they loom large in their creative practice as well as provide valuable insights into their design philosophy. This is the concept behind the exhibition “Chris Martin in Five Designs” at the Vandalorum Design Museum in Värnamo, Sweden, which was conceived as a tribute to English designer Chris Martin, the most recent recipient of the prestigious Bruno Mathsson Prize. As the name suggests, the exhibition, which runs until 24th January 2021, is structured around five key works dating from Martin’s teenage years up to the 2009 launch of Massproductions, the celebrated Stockholm-based furniture company that he co-founded with Magnus Elebäck. Featuring film, sketches, photographs, and selected furniture pieces, the exhibition highlights Martin's slow industrial production design philosophy and depicts his journey from a design aspirant in the English countryside to the winner of the largest design award in the Nordic region.

Chris Martin in Five Designs, highlights Martin's design philosophy of slow industrial production and depicts his journey from a design aspirant in the English countryside of Hertfordshire to the winner of the largest design award in the Nordic region.

As to whether mass produced furniture can be a paradigm of sophistication, quality and sustainability, the question goes straight to the heart of Martin and Elebäck’s motivation behind Massproduction and is what led them to adopt a revolutionary, all-encompassing approach to their operation. The company has control over the entire production chain, from design, to manufacturing, to distribution, and all the way through to marketing. In conjunction with Martin’s neo-modernist ethos of clean, functional elegance, this operational model ensures clarity of vision, minimal waste, and the highest quality down to the smallest detail. The result is smart, usable pieces of furniture that are built to last, both structurally and aesthetically.

But let’s start at the beginning, in a small village in Hertfordshire north of London, “a suburban place where not really much happens”, as Martin describes, where he grew up in the 1970s in an environment characterized by mock Tudor and mock Georgian decorative flourishes. At the age of 15 he realised he wanted to be a designer but he had to wait a couple of years before producing his first design, “The Rucktent”, a rucksack that could be converted into a one-man tent that he developed for his A-level in Design & Technology in 1987. “It wasn’t a good design”, he admits, “but it was fun to do” and more importantly, it got him some publicity from the local press which made him feel like a designer for the first time.

Fast-forward to Martin’s degree show at the Royal College of Art when he presented “The CM01” chair, the second of the exhibition’s featured designs. “I set myself some very strict, minimalist principles - everything had to be square, as little material as possible”, he says, and the result was a slim, lightweight chair that introduced him to the design world and, crucially, attracted the attention of acclaimed designer Jasper Morrison whom Martin admired, which eventually led to him becoming his assistant in 1992.

Third in line at “Chris Martin in Five Designs” is “The Tray Table”, a product Martin designed in 1999 for IKEA by which time he had moved to Sweden to work for the architect Thomas Sandell. Simple in geometry, featuring a round top supported by a square base with wheels on each corner, Björkö, as IKEA named it, was a popular product and even made it to the cover of its annual catalogue which gave Martin the confidence that he could design things that people really wanted. The table kicked off Martin’s IKEA years where he found himself sharing an office with Swedish designer Magnus Elebäck, a serendipitous encounter that not only grew into a friendship but also subsequently led to the birth of Massproductions.

The next design that marked Martin’s career was “MÄSTERBY”, an updated version of IKEA’s wooden step stool, and the last product he designed for the company. Inspired by stackable chairs, the stool’s daring construction was made possible thanks to the strength of the innovative wood-plastic composite it’s made of. Tellingly, this design also made it to IKEA’s catalogue cover – a fitting epilogue to Martin’s decade-long collaboration with the company.

The fifth and final design to be featured in the exhibition is “Tio”, a chair made out of metal wires, one which marked the most significant turning point in Martin’s career (so far at least), although at the time he didn’t realise it. In fact, he recalls asking the client who suggested using metal wires, “why would you want to do that?” After the client failed to produce the chair and subsequently dropped out, Martin and Elebäck took it upon themselves to produce it, and although they had experience in production and development from their years at IKEA, it was still an audacious project to take on – there were no designers-turned-producers-based companies at the time.

The hectic 6-month process to get the chair made on time for the Stockholm furniture fair, which saw Martin driving around Poland talking to factories, led to the launch of Massproductions in 2009, and the rest is history as they say. Tio became a very popular product, with its clear identity and visual lightness signalling the company’s product-focus orientation and neo-modernist design ethos, not to mention award-winning future. Perhaps most importantly however, it also crystallized a valuable lesson that had been nudging Martin since the early days of him seeing himself as a designer: design should never be easy but the end result should always look like it, and indeed, in Martin’s hands it does just that.