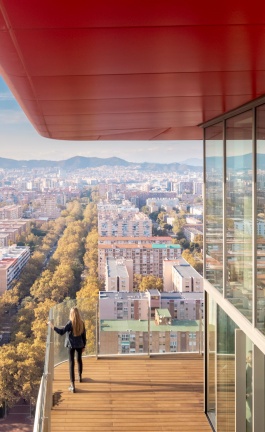 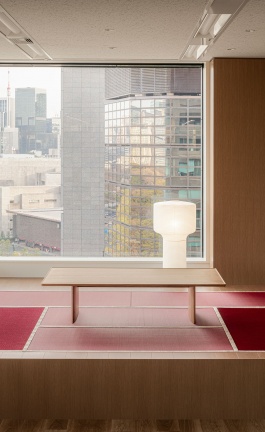 Sabine Marcelis Transforms the Vitra Archive into a Three-Dimensional Colour ...

In the world of design, the importance of colour can’t be overestimated. From its cultural significance, to its emotional impact, to its use as a distinguishing characteristic, colour, or the lack of it, has always played a central role in the creative practice of architects, artists and designers. A new exhibition at the Vitra Design Museum (VDM) in Weil am Rhein, Germany, puts colour front and centre by presenting the museum’s permanent collection of design objects in distinct colour groups. Working by invitation with VDM’s curators, Dutch designer Sabine Marcelis sorted through the roughly 400 exhibits by colour, transforming the Schaudepot, the Herzog & de Meuron-designed extension housing key pieces of the permanent collection, into a kaleidoscopic wonderland. Titled “Colour Rush!”, the immersive exhibition showcases VDM’s permanent collection from a new perspective as well as highlights the colourful history of modern design.

Colour is a key consideration in the design practice of Rotterdam-based Sabine Marcelis whose work is characterized by shiny surfaces, pastel colour gradients and refractions, so it’s no wonder that she was the curators’ go-to person when it came to chromatically presenting VDM’s impressive collection of 20th-century classics. Established in 1950, Vitra has produced work by some of the most influential modernist designers such as Charles and Ray Eames, Verner Panton, Alexander Girard and Jean Prouvé.

Although simple in concept, colour-coding the collection’s 400 pieces was a daunting task but it has paid off; visitors find themselves immersed into a visceral sea of colour that fluctuates from vibrant red, magenta and orange, to earthy green and blue, soothing brown and white, all the way to sombre black. Displayed against translucent backdrops with corresponding colour gradients, the colour-sorted groups of furniture bring together pieces from different periods and styles (from 1800 to the present) allowing visitors to discover contrasts, tonalities and intensities. They also get to learn and understand the added effect of material and surface, something that would otherwise have been lost in a more conventional chronological or designer-based installation.

Complementing the furniture on display, a selection of documents from VDM’s archives – from Verner Panton’s sketches and notes that show how he worked on his colour system to sample books and design drawings offering fresh insights into the colour concepts of Alexander Girard, Hella Jongerius, and others – illustrates how designers from different eras approached the concept of colour, while the presentation of colour charts like the RAL, Munsell, and Pantone Matching Systems demonstrate how standardised systems for sorting colours have come to dominate the spaces that we live in.