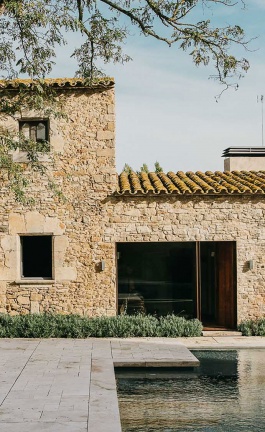 A Garden of Carved Stone by MESURA Architects in Peratallada, Spain 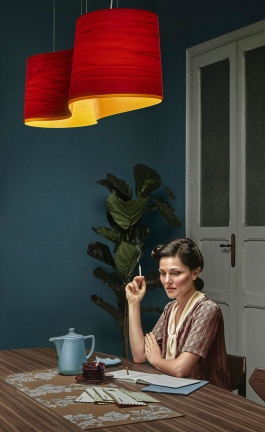 From the Confórmi series by Davide Trabucco (detail).

Confórmi [le forme non appartengono a nessuno] is an ongoing visual project by Italian artist and architecture student Davide Trabucco consisting of a series of pictorial mashups that merge existing, found images to create new ones. As the project’s name suggests (the English translation would be “Compliance [form belongs to no one]”), it concentrates on form rather than content, tracing a universal formal language across time, geography and mediums. For Trabucco, all creative work is derivative and builds on existing, archetypal forms, and this is a concept he is attempting to capture through this series.

All images in Confórmi basically conform to a specific shape, namely that of a square sliced diagonally in half, with each of the two parts then originating from sources that are worlds apart in terms of time and style and yet which seamlessly integrate into one another. For instance, a picture from Robert Venturi, Denise Scott Brown and Steven Izenour’s 1972 seminal book “Learning from Las Vegas” is paired with an early 19th century painting by German Romantic artist Caspar David Friedrich creating an otherworldly landscape. Elsewhere, a futuristic interior from Stanley Kubrick’s 2001: A Space Odyssey is conjoined with the Neo-Gothic tower of Église Saint-Joseph at Le Havre in perfect symmetry. In another collage, Marina Abramovic, performing in 2010 at MOMA, sits across from Marchel Duchamp captured in 1963 playing chess.

Trabucco is never actively looking for material for his next piece but rather relies on intuition and happenstance; a new entry is born when an image he comes across triggers a memory of another he has already seen. According to the artist, the project is intended as an archive of his diverse visual references and as such it encompasses a wide range of creative sources, from art, architecture and photography to movies, advertising and pop culture —which is after all what makes these mashups so surprising, current and captivating. The Confórmi series, currently growing online as a Tumblr archive, will eventually lead to a print publication.