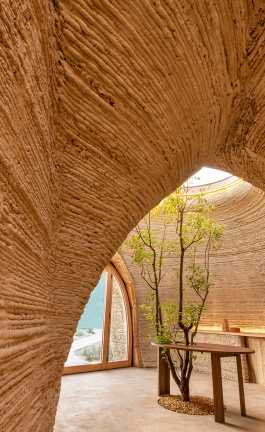 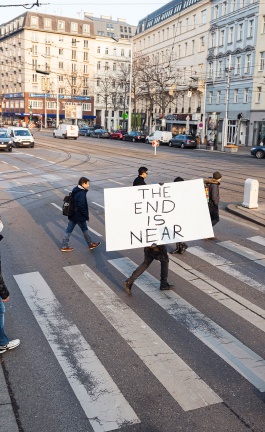 It’s been a rough few years for superheroes. On the one hand, they have a gruelling filming schedule for all the blockbuster movies being churned out by the dozen, and on the other, they have to deal with the escalating menace of climate change and the global ferociousness of the Covid pandemic – no ordinary villains who they can combat with their superhuman abilities and cool gadgets, especially if you’re lacking the former like Batman does. In other words, somebody should give them a break. Well, Zurich-based photographer, visual artist and creative director Sebastian Magnani has done exactly that. His photographic series Daily Bat captures the DC Universe’s brooding superhero and iconic pop culture character taking some time off from saving the world to enjoy some of the simpler things in life. Sporting a relaxed yet pensive mood, we see him (batsuit and all) having a milkshake at a café, reading a newspaper, enjoying a brandy in a bar, or smoking a cigar. He even has time to work out at the gym and do some golfing. But what makes Magnani’s compositions stand out is their purposeful dissonance, both aesthetically, in the juxtaposition of Batman’s dark figure with the vibrant colours of his surroundings, and conceptually – you don’t expect to see a superhero in a tanning salon!

Although conceived before the pandemic, the series also manages to encapsulate the loneliness and isolation most people felt during the past year and a half – which goes to show that when it comes to art, the viewer has as much a prerogative to imbue an artwork with meaning as does the artist. Yatzer recently caught up with Magnani to ask him about the series, the ideas behind it, and living through the pandemic.

What inspired you to create the Daily Bat series? Are you a comic book fan?

When I met my girlfriend, we had a discussion about who is the coolest superhero and decided hands down on Batman. He is mysterious, deeply emotional and the only one without any superpower! During our chat I got the idea to photograph Batman in his daily life, immediately starting an online search for an original Batsuit. After the project was published for the first time, I did order some comic books on an online auction to see how the contracted illustrators depict him, but for me it was important to create my own, completely distinct universe, without any influence from how he’s usually depicted. I think that’s what distinguished my work from other interpretations [of batman]. It’s art – in the sense of fine art – not fan art.

Batman is the only superhero without any superpowers. Is that what attracted you to this character? What do you want to convey through the series?

A normal human who fights for the good without any superpower makes Batman a true superhuman and I think that’s one of the reasons he has this big magnetic attraction– everyone would love to be a hero. So it was important for me to take such a popular character out of his usual context to show his soft side. Batman isn’t a machine, he has a complex background, his own story, with a lot of struggle and emotions. By showing him doing everyday things, I give him space to escape the limelight for a while and live a normal life.

How long does it take you to shoot one image? How much time do you spend on post-production?

It’s a long process. It starts with a sketch. I then scout for possible locations, online at first and later in-person when I look out for problems and think of ways to add value to the artwork. Shooting takes an hour, including setup. Afterwards, during a period of some months, I select the final artwork out of hundreds of photographs! Then there’s the retouching, editing the colours, test-printing for the right size and finally publishing. It’s a lot of time for one artwork, but I believe in quality, not quantity.

Who is the man behind the cape (actually and/or metaphorically)?

For the first seven artworks I worked with a model. On the additional series, I sometimes used a model and other times myself, my girlfriend and some other guests. Metaphorically, I choose this particular character to express this point of view: I’m for an unemployed Batman who drinks coffee instead of killing villains. I’m for building a better place on earth. And I think it’s possible, especially when everyone respects one another and their differences. This is why I took the decision not to enlist in the army. I said no to guns, fighting and wars, and yes to respect and love!

The series is quite melancholic and yet their vibrant colours and stylized compositions imbue the photos with playfulness. Is this contradiction purposeful?

Yes, life consists of contrasts as does my art. There are the bright sides and the dark sides. Visually, I convey this by juxtaposing the moody, dark character with colourful surroundings, but also through the story of someone famous who just wants to be a normal person sometimes, who wants to visit a café and drink a coffee without get recognized or photographed. I think a lot of superstars oftentimes feel alone when they can’t have a normal social life. So they feel the need to hide themselves.

There is a retro aesthetic running through the series, predominantly due to the setting. What criteria do you use in order to choose locations?

I think the mood and the style stem from the selection of the Batsuit. I don’t like the extremely armoured suits from the recent Batman movies, I prefer the elegance of older versions – my favourite ones are those with Michael Keaton or Val Kilmer. There is so much more beauty in simplicity. It’s the same with the locations: I select what’s speaks to me personally by being in that space. The same applies to my lighting and style of photography.

Many of the compositions in the series evoke the paintings of Edward Hopper. Where do you draw inspiration from?

You began Daily Bat long before the pandemic. How did the ensuing lockdowns and restrictions affect the development of the series, practically and conceptually?

The pandemic was hard for me. I had just started living off my artwork, being independent, ready to travel the world with Batman, and suddenly borders starting closing all the around the world. I only had a short window of time to create new images which I did with a lot of struggle and fear. But now I’m back on track and looking forward to continuing the project.

If you could shoot Batman wherever you wanted where would it be?

Everywhere around the world, especially where I haven’t gotten permission yet, like the Louvre Museum in Paris.