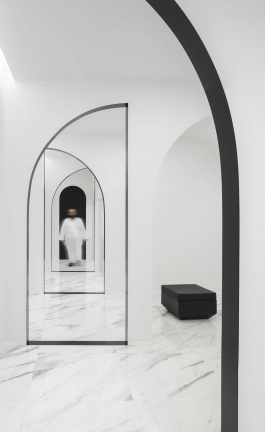 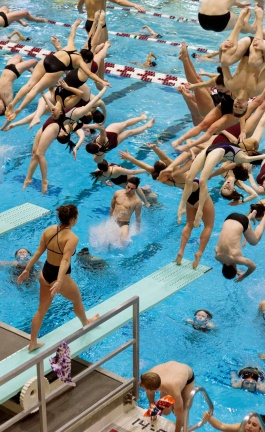 Milan may be the design capital of Italy and its annual Fuorisalone the global epicentre where international buyers, collectors, retailers, journalists, interior designers and architects converge, but the country’s rich cultural heritage, long line of talented artisans, and the quality assurance of the "Made In Italy" trademark, makes the whole country fertile ground for a variety of design-led initiatives that reverberate beyond its borders. One such initiative is EDIT Napoli, a Naples-based design fair with an explicit mission to support and promote independent designers.

Organized by the design curator of Rome’s MAXXI museum Domitilla Dardi and gallerist Emilia Petruccelli, the inaugural edition of EDIT Napoli took place between the 6th and 9th of June 2019 at the historic Complesso di San Domenico Maggiore in the heart of the city showcasing new work by a group of 60 design-makers who share an interest in artisanal production techniques. That’s not to say that the fair was a showcase of traditional craft and artisanship; on the contrary, the creatives the curating duo handpicked may take inspiration from the past or employ traditional manufacturing methods, but their vision is squarely avant garde. As Dardi explains, “EDIT Napoli is dedicated to those with a self-sufficient vision of making; those who are working to keep traditions alive but with an eye on the future.” Independent practitioners are involved in all aspects of design production, from conception and fabrication to branding and distribution, so although they may lack the resources of an established brand or well-connected manufacturer, they have the freedom to be as bold and creative as they wish. EDIT Napoli not only celebrates such visionary design-makers but also helps them by introducing them to potential business partners such as buyers, retailers, interior designers, and architects.

EDIT Napoli’s mission to promote designers who bridge the past and future could not have found a more suitable location than the Monastery of San Domenico Maggiore which along with the adjoining church is a veritable architectural palimpsest. Built in the 13th century, around a small church dating back to the 10th century, the Gothic edifice served as a Benedictine and then Dominican monastery as well housed the original seat of the University of Naples, where philosopher, theologian and priest Thomas Aquinas studied and later taught theology. In the 17th century, the complex underwent a Baroque makeover and an ambitious expansion including the vaulted Sala del Capitolo.

A few of the talented creatives that caught our eye included Italian designer Victoria Episcopo, whose gently rocking Monstera throne was inspired by the swaying Monstera Deliciosa leaves the designer encountered on a trip to Mexico, Rome-based designer Andrea Anastasio, who incorporated copper rivets into Kazakh rugs by devising a special technique in collaboration with a Lombardian artisan for puncturing holes without fraying, and French designer and scenographer Constance Guisset whose self-produced light fittings draw from her interest in set design, choreography and the solar system.

We were also impressed by the exquisite work of Italian artist and glass designer Simone Crestani including his hand-cut and hand-polished 'Bubble Mirrors' adorned with delicate silver glass bubbles made using traditional Venetian techniques, and his 'Glass Bonsai' sculptures which uncannily marry the man-made and the organic.

Amsterdam-based Italian duo Faberhama’s Paola Amabile and Alberto Fabbian teamed up with textile manufacturer De Negri & Za.Ma. in San Leucio, a town in the Campania region which has been known since the 18th century for its silk weaving tradition, to create a unique double side silk textile which they combined with a walnut wooden bed and bench for their two-piece ‘Scenaria’ collection. For his ‘Scale’ series, Beirut's Khaled El Mays worked with Neapolitan metalworking artisans based in the city’s Quartieri Spagnol to produce a collection of curvaceous metallic tables and side tables influenced by the vaults, arches and windows of Naples’ historic buildings which also evoke the decorative aesthetic of Beirut’s architecture, while Venezuela-born, New York-based designer Reinaldo Sanguino spent a month at the Studio Fes ceramic workshop in Minori hand-painting a series of ceramic objects characterised by bold brushstrokes inspired by the scenic landscape of Amalfi coast, as well as the colourful curtains that adorn the entrances of local village houses.

Perhaps the collaboration that most vividly demonstrated the creative synergies between contemporary designers and local artisans was the BICOLORE collection designed by Eindhoven-based design studio BCXSY in collaboration with Italian stone working specialists Laboratorio Morseletto. Taking advantage of Vicenza stone’s distinctive warmth and porosity, the designers shaped the material into cylindrical segments that gently hug obround countertops to create a series of curvaceous tables and consoles including a unique mini bar which was awarded Best Original Product by an international jury. Appearing like a solid piece of sculpted stone, the piece is made up of two interlocking segments that effortlessly slide open to reveal a storage compartment inside.

We also liked the eclectically curated installation by design marketplace Pamono, titled “Indie Rock: The New New Wave” which brought together a series of whimsical work by several established and emerging designers that share the industry-defying, designer-led, zany sensibility of the 1980s Italian Memphis Group  movement such as the 'Arabesque' series of glass vases by Serena Confalonieri. Taking its name from one of the most famous figures of the ballet, the series is inspired the Triadisches Ballet, an avant-garde performance developed by Bauhaus-resident Oskar Schlemmer in the 1920s. Featuring bulky, geometric costumes designed to restrict the dancers’ movements, the performance’s iconography of circular, triangular and cubic volumes and yellow, pink and black colour palette is reflected in Confalonieri’s designs that combine formal elegance with burlesque sensibility.

While most of the exhibition unfolded in the former monastery’s interior, the venue’s courtyard housed the fair’s culinary corner. Designed by architect Giuliano Andrea dell’Uva as a steel-frame box featuring a ceramic counter and hand-painted fabric partitions, 'Pasticceria Scaturchio 1906' offered visitors traditional Neapolitan deserts and refreshments. Staying on the subject of food, the ‘EDIT Table by Food Confidential’ platform saw chefs, restaurateurs and hoteliers getting together with designers, artisans and entrepreneurs, while ‘EDIT Talks’ focused on Naples and its culinary rituals to initiate discussions about the discipline of design. Naples is after all the birthplace of the most iconic of Italian dishes and best loved comfort food the word over, pizza. So if a Neapolitan recipe can conquer the world, maybe EDIT Napoli’s aspiration to make the city an international hub of contemporary design is not as farfetched as it sounds. We’ll keep you posted!