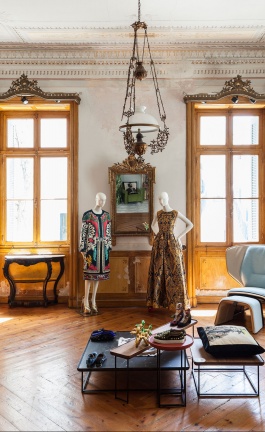 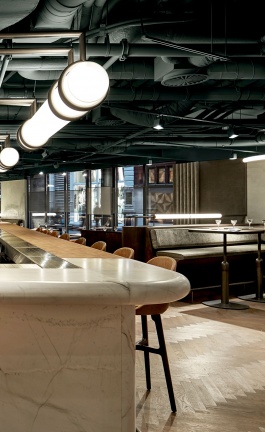 I am like a flag in the center of open space

A hyphen can be a dangerous thing. In the late 19th and early 20th centuries, a debate on the hyphen was a great part of American politics. Presidents Theodore Roosevelt and Woodrow Wilson were decidedly against the hyphen that let people identify as European-American, or Italian-American, Irish-American, pretty much anything-American. “Hyphenated Americans” soon became a derogatory term, meant to imply a diminished allegiance to their American identity.

Much more recently, and with the identity politics of the hyphen far from being resolved, the hyphen debate moved into the field of vocations and avocations, with “hyphenates” or “multihyphenates” meaning mostly those who were professionally active in many areas: the writer-director, the singer-songwriter and so on. To be sure, some hint of accusation remains. Multihyphenates are often seen as trying to be too many things at once. For that, they are accused of not only doing justice to none, but also of undermining the established content of any one of their hyphenated activities.

Efi Gousi is by all means a multihyphenate. The young Greek actress-director-photographer has in fact found great success in each part of her hyphenated professional self. And while each of her occupations traditionally deals with what the hyphen implies, which is to say breaking apart and reconstructing a person’s motives, emotions and reactions, the amazing talent she has for this process shines brightest through her photography. Her images pit the passionate against the inanimate, the spirited against the broken, and the innocent against the thoroughly sinister. The result is a battle which is documented in the stylized pictures of its own remnants, imagined as a coherent whole.

Gousi’s relationship with colour is particularly -and delightfully- complicated. Her pastels, though brighter than his own, remind one of the great Erwin Olaf’s “Rain” series. Her compositions, subtle and meaningful, can give any Doris Day-like burst of colour a painfully dark backstory. Her blue-toned figures carry such struggle, that they are akin to watching Esther Williams trying her choreographed routine in the desert. Such contradiction is characteristic of what is by far Gousi’s greatest achievement: her combination of a glossy surface and a grainy subtext. In putting these together, in hyphenating them, she enriches them in the same way that she allows her work in one field enrich her work in another.

Considering the nuances of a diverse artistic intellect’s work in different fields as completely distinct from each other each other, it is easy to get lost in vague highbrow angst. Though this would satisfy the purists who berate the multihyphenates, the one thing to be gained from trying to put all these talents into one orchestrated process is to break down their imagined borders, and to bring them all together in a quest for their practical interpretation. There are, after all, more things between hyphen and earth than are dreamt of in pseudo-philosophy. Gousi is doing a great job photographing them.