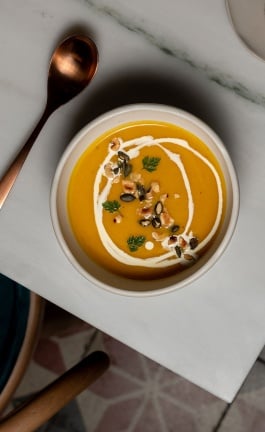 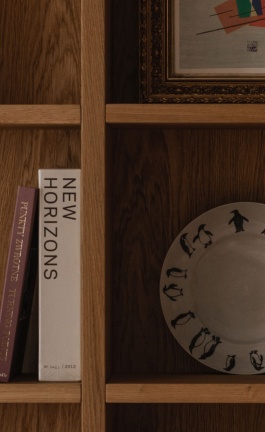 A conversation with Erwan Bouroullec about Working at the Intersection of Art...

According to French designer Erwan Bouroullec, product design is a Darwinian process; after all, “you can’t say with certainty when the first sofa was designed”, he remarked to Yatzer in a recent chat. The blurred lines between authorship, social norms and technological advancements that Erwan believes underpins the evolution of product design also reflect his own multifaceted, concept-driven design practice. Working together with his brother Ronan across several fields for almost 25 years in fields ranging from furniture and product design, to interior design and architectural projects, their Paris-based studio boasts a long list of no-nonsense, revolutionary products for brands such as Vitra, Kvadrat, Kartell, Cappellini and Flos, as well as collectible works for the revered Galerie kreo. At the same time, both brothers have their own individual thriving artistic practices with Ronan focused on hand drawing creating abstract compositions in the footsteps of the Surrealist artists, while Erwan is fully immersed in the digital world producing artworks at the intersection of art and coding.

A selection of Erwan’s code-based series of digitally printed images and tapestries are currently taking centre stage at The Wrong Shop x Myran exhibition in Athens. For The Impossible series, specifically developed software overlays photographs of the countryside with abstract geometric patterns as an exploration of how we experience and understand our surrounding environments. Abstract graphic patterns can also be found in the Risk Knit series, a collection of richly textured and colourful wall hangings produced in collaboration with Kvadrat Febrik exclusively for The Wrong Shop. Begun in response to COVID-19 and incorporating Erwan’s lifelong fascination with map making, the pieces are knitted in pure wool based on patterns generated from layers and codes from geographic maps. Running until January 31, 2023, the exhibition at Myran's store and showroom also includes limited edition artworks by Ronan Bouroullec's from his "Bas Relief" and "Black Ink" series as well as limited editions by Richard Wood and Jaime Hayon, but it’s Erwan’s work that steals the show.

Coding came into Erwan’s life when the brothers started working with Samsung on a new TV for which they had to collaborate with professional coders. Explaining what exactly prompted him to learn how to code, he told Yatzer: “At some point I couldn’t wait and I started to code myself” — it helped that he loves learning new tools and skill sets. “I see a lot of similarities between the process of [product] designing and the process of coding”, the designer says. “At the end of the day, product design is about creating a ‘recipe’ that can be replicated”. Coding is similarly straightforward, comprising, at its core, a series of simple actions. For example, “if you want to draw a face, you have to program the code to draw two circles for the eyes, a triangle for the nose and so forth”, he explains. “But then there’s the magic of inputting ‘floating parameters’ which introduces distortions”.

In fact, what Erwan finds most compelling in the Impossible series is that although he knows exactly the coded ‘recipe’ that manipulates each photograph, he has no idea of the end result — he still doesn’t understand for instance the logic behind the tiny numbers that the software generates all over the artworks, which you have to zoom in real close to in order to make out. What he does know though is that the numbers offer viewers clues of his process. “I always try to leave some clues [in my work]”, he says, “I kind of like this way into art”, mentioning, as an example, Marcel Duchamp, an artist whose works are more conceptual statements than artefacts, and Jackson Pollock, whose abstract expressionist paintings clearly conveyed his process.

While the Impossible series is foremost a conceptual project, it’s also a personal project. Having grown up in the countryside, Erwan defines it as a mix of nature and human intervention, stating that agriculture has introduced “a lot of geometry” and strong colours into it – for example, by mentioning how monolithic farm buildings tie in with his fascination with conceptual and minimal art. The intention behind the Impossible series he tells us is to unveil “real nature”. “I try to reveal that what we see is more complex than what we expect”. Take for example, the diverse colour palette of the computer-generated patterns that characterise the series; surprisingly every colour has been derived from the original photograph. “One of the strangest discoveries is that all these colours work perfectly together – the colour balance is perfect!”

When asked about the large dimensions of the Impossible prints, Erwan says that he would make them even larger if he could, envisioning a 20-metre-long, 10-metre-high installation that viewers could be fully immersed in. “I love romantic paintings like those of Caspar David Friedrich and Turner”, paintings that “you can go into”. But whereas theirs are pictures you can understand relatively quickly, Erwan’s digitally-manipulated landscapes are much harder to perceive, packed as they are with interlacing patterns. “This is why the series is called Impossible”, Erwan adds, because it’s impossible to really comprehend nature in all its detail. The visual complexity of the works also reflects our disconnect with nature — “Everyone has an opinion about organic farming”, he remarks, “but nobody knows how to farm” — as well as conveys the informational deluge that our digital age continuously bombards us with and the effort required to sort through conflicting layers of information in order to identify what’s true and what’s not.

Asked about his passion for maps, which underpins the Risk Knit series, Erwan says it’s connected with his fascination with science. Science, he explains, is about facts but it’s also about exploring new fields and deciphering enigmas which bestows a sense of magic upon it. But why maps in particular? He answers that he finds parallels between the process of map making and his design practice. “Ronan and I have often designed furniture in relation to space”, rather than in strictly ergonomic terms. “I am able to design a comfortable chair but to me ‘space ergonomics’ are more important”, in other words, how an object is mapped in relation to its surroundings.

As he tells us during our conversation, Erwan considers himself foremost a product designer. “Even when I’m coding, at the same time I might be crafting a very super basic wood stool”, he says, stressing the importance of physical things in an increasingly digitized age and lamenting how people are beginning to “understand physical things less and less”. “Manufacturing may have become more efficient but at the same time it has become more impossible to understand”, which is why, he adds, “you’re able to understand how nearly all the objects we work on at the Bouroullec practice are actually built”.

Coding at nights, building furniture during the day, as well as constantly expanding his conceptual art practice may sound like a gargantuan task but “everything balances each other”, Erwan explains. Indeed, it is ultimately the concept of balance that seems to be the operative word in describing such a prolific, multidisciplinary designer.