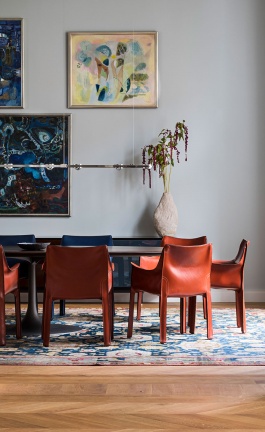 Italian Artist Federico Pestilli Turns to his Country's Illustrious Past for ...

In desperate times, we instinctively cling to the idea of a brighter future to relieve fear and anxiety but we also look to the past for consolation, wisdom and hope. Italian artist Federico Pestilli knows first-hand how dire the current coronavirus health crisis is – he has been in quarantine for almost three weeks now in his hometown of Rome – and in response has turned to his country’s illustrious past for solace. Taken at Villa Borghese gardens on a sunny spring morning just before the country entered a nationwide lockdown, his latest photographic series depict stone busts of distinguished Roman and Italian personalities eerily wearing facemasks. From Julius Caesar and Dante, Andrea Palladio and Michelangelo, to Christopher Columbus, the prominent figures are caught in a state that is “uncertain between hope and fear”, to quote one of Pestilli’s subjects, Roman poet Virgil. The photos are hauntingly elegiac and at the same time powerfully succinct, uncannily capturing the world’s current state of mind.

Pestilli had returned to Rome from a wildlife project in the countryside just as the pandemic was starting to cripple the north of Italy and, although the city was not yet under official lockdown, the mood was extremely dour. “The streets were close to deserted”, he told Yatzer, “the pleasant weather preceding imminent tragedy”. Cooped up in his home for a day, feeling bored and uninspired, he went out for a walk, as “it felt like it might be one of the last ones allowed”, so the next day he ventured with his camera to Villa Borghese’s gardens, a large landscaped park with panoramic views of the city, to capture the busts of famous Italian personalities that adorn a magnolia-lined promenade.

“I wasn’t sure if the cops would be patrolling the area, so I acted discretely and swiftly as joggers ran to and fro. I loaded my film, checked the light exposure, popped the mask on the first bust and fired twice, a full-body shot and a close-up, and proceeded like this making my way through the illustrious names of the past, looking for personal solace in their stony eyes or perhaps in the lovely spring weather, I’m still unsure which”.

For a foreigner, it seems natural for an Italian artist to draw inspiration from the country’s rich history, but as Pestilli explains this is actually uncommon. “For us, referencing the past is usually not a good idea, as it will most likely fall into cliché, and will probably bore your own country-men”. But what is ordinarily true doesn’t apply to the extraordinary times we’re currently going through. The acclaimed artists, writers and scientists that Pestilli has so hauntingly captured remind us that humanity has endured far worse calamities than the current one, pulling through every single time. “Their memory is a sign of hope, of the timelessness of man’s fate through hardships”, Pestilli explains.

Although they are depicted muzzled, the mask being a potent metaphor for the deafening silence that has shrouded the once bustling streets of Rome and other cities in Italy and around the world, the words of Pestilli’s subjects still ring loud and clear. “We are as / in autumn / on trees / the leaves”, Italian modernist poet Giuseppe Ungaretti wrote from the trenches in France during the First World War, but he could just as well have written them stuck in home quarantine or parked in a hospital corridor. Quotes such as this, both sobering and hopeful, poetically accompany Pestilli’s photographs in his Instagram account, giving a voice to the country’s psyche that no mask, virus or crisis can silence. Seen together, faces and words that defy time, evoke an innate resilience built on intellectual inquiry and artistic expression.

Their words, like the coronavirus, are also a wakeup call to stop plundering nature and destroying our planet. “The century will come when man will discover the brute power of nature”, Renaissance thinker Giordano Bruno said in a chilling foreshadow of the dramatic impact of climate change and dwindling natural resources. “My personal sense of angst had been brooding much before this crises hit”, Pestilli says, adding, “we have been deaf for decades and COVID-19 is only the latest result of our blind desires”. As Italian physicist and astronomer Galileo Galilei said, “things are invisibly connected. You can’t pick a flower without disturbing a star”. So if there’s something positive to come out of the current nightmare, respect for nature would be a good start.

When life forces us to be truthful, the mask falls and we see the man.