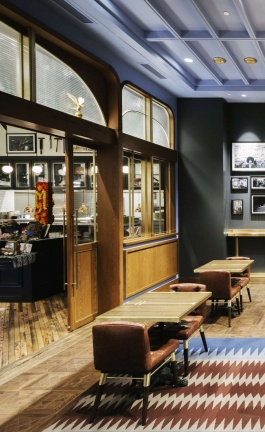 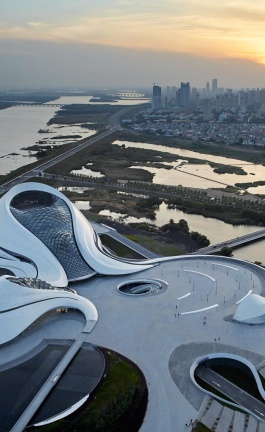 In Amsterdam-based, Milena Naef’s new series, “Fleeting Parts,” sections of her body fill tailored empty spaces in expertly cut-out marble. Creating these pieces was a process as carefully mentally planned to fit her exact measurements, as the designing and stitching of an exquisite couture silk dress might be. But whereas the dress will disintegrate with time, the marble slab, with its custom-designed sections that Milena's body - and hers alone - fill will last “forever.” Even if it is just for one fleeting moment. And it is with that defining moment, she demonstrates, in a tangible way that the relationship between an existing structure and the human form, transform “the mental into physical to find a new relation between the two.”

In asking “When do structures inhibit or liberate us and our physical form?” and “What is the consequence of the fact that our bodies are always ‘filling space’?” Milena Naef gives us the chance to seek an answer through her art.

Take the standing marble block - one of the pieces that somehow resembles an ancient Greek or Roman theater seat. It would be just a block of dressed stone except for Milena’s flesh poking through it, becoming part of the sculpture. Her right upper arm, elbow, and knee “wear” the marble around her, like a garment - or is she the garment to the marble? - while her right foot and left leg and foot casually extend out so that her feet are both flat on the floor like a person sitting on the ground and casually watching time pass. Time does pass; but not so fast  as to “outchange” the physical stone of which she has become a part of.

The stone with her leg through a block of marble is very personal to her. Representational of her being the fourth generation in her family to sculpt in stone, aptly called, ‘Weight of Four Generations’, it is her way of claiming her “personal ‘space’ within this context.”

At first glance, in “Fleeting Parts,” seeing flesh where marble should be is a bit jarring; but it soon becomes familiar and normal. Ultimately viewers are left with the feeling that Milena has succeeded in creating “the right manifestation of the assumed duality between body and mind.”