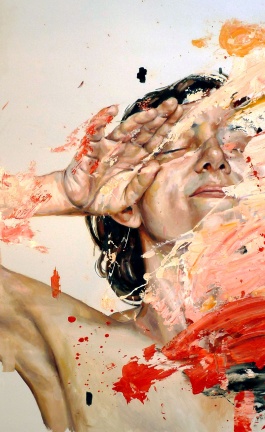 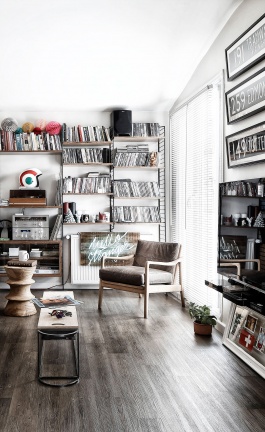 Small Space, Big Impact for an Istanbul Apartment by Escapefromsofa

The Ruzafa quarter of Valencia, Spain, has just welcomed the new incarnation of the upscale lifestyle store, Gnomo, which has been artfully designed by the award winning, branding and interior design creative consultancy, Masquespacio. Originally having opened in another street in the same neighborhood in 2010, Gnomo's six year anniversary seemed to be the perfect reason for a redesign and a fresh start.

Ana Hernandez, Masquespacio's creative director, stated that the most important factor taken into consideration for Gnomo's new interior design was that "Gnomo sells different kinds of objects from a wide set of brands." As a result, it was important to create a bright and cohesive feeling throughout the space while making sure to not create "a visual disorder."

Design wise, that translates to adhering to the desired "eighties aspect" while also keeping the base of the store as uncluttered as possible by relying on a predominantly white background for most of the walls and the granite flooring. Touches of bold, happy colors were then utilized as highlight points as seen in the turquoise-painted, metal staircase leading upstairs to a room who's exterior walls - which balance on white columns over half the shop - are painted a rich blue; and a bright yellow bench tactically standing out amongst the black benches surrounding the central display table near the store's entrance.

Textures and layering were then added throughout. For instance, the black metal, geometric shape framed net "screens" (functioning also as removable shelving units) lining the walls; the array of upside down, "U" shaped chandeliers hanging from the ceiling as well as the rows of arched lamps standing at attention against walls; and the strategically placed mirrors creating depth through their reflections. Live potted plants add another quirky touch, instilling a breath of the natural world within the vivid, fabricated environment.

All of the shop’s design and display elements, except for the counter desk, were custom made by Masquespacio exclusively for Gnomo, keeping in mind the existing need to be able to change the in-store displays according to the merchandize on offer at any particular time.

The founders of Gnomo, Álvaro Zarzuela and Esther Martín, describe it as being more than a lifestyle store but rather "a space to share experiences" and create a history through the displayed objects. "All the objects we sell have their own history," they say. "Sometimes it's the history of their brand, sometimes it's the history we are living, but most of the time it is a history [as] told [to us] by our clients."

Whatever the story may be, Gnomo is certainly a destination filled with originality and humor; a place that doesn't shy away from making a bright statement; a location that is determined to envelop its "family" into an expressive world.