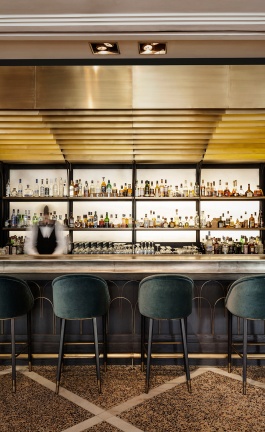 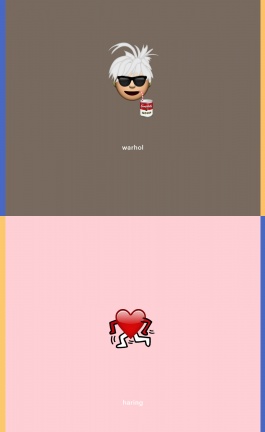 Cosmopolitanism meets sensuality at Greek Gotham, the latest group exhibition at Dio Horia Art Platform in Mykonos, Greece, curated by New York-based curator Maria Brito. Founded in 2015 by art historian and curator Marina Vranopoulou, Dio Horia is a dynamic, young platform for contemporary art that explores relationships between Greece and abroad, as well as how Greece, and Mykonos in particular, can be re-imagined through an intensive summer programme of residencies, commissions, exhibitions and artistic collaborations. The first ever exhibition in Greece to feature solely New York-based artists, Greek Gotham is the gallery’s largest exhibition to date —one of “nearly institutional proportions” as Vranopoulou excitedly exclaimed hours before the opening— and draws playful yet acute associations between two of the most important cultural centres of the Western world —namely, Ancient Greece and present-day New York City.

At first, it might be hard to imagine that a place like New York would have anything in common with Ancient Greece. But for Maria Brito, the similarities became apparent after her research into the reasons why Classical Greece became such a reference point for Western civilisation: “Ancient Greece was, in many ways, similar to what New York is nowadays: an art-centric place filled with curious thinkers, creative artists, and centres for cultural advancement propelled by a cosmopolitan view of the world.” In her text for the exhibition’s catalogue, Brito informs us that the concept of cosmopolitanism was in fact introduced by Socrates, who saw himself as “a citizen of the world”, and then further refined by the Stoics who saw it as “an aesthetic engagement with cultural differences.” Influenced by and trading with many peoples, like the Phoenicians, the Egyptians, the Assyrians, the Persians, the Mesopotamians and the Hittites, the numerous Greek city-states assimilated many cultural traits, which enabled them to develop their phenomenal, and later influential, civilisation.

With its notoriously cosmopolitan vibe, openness and artistic flair, Mykonos provides the perfect backdrop for Greek Gotham and the artworks that traveled from New York just for this exhibition. Featuring mostly paintings but also a few sculptures and other works, Greek Gotham is a survey of emerging and mid-career artists who chose New York as their base but are at home with the world. Similarities between them in style and technique are obvious; what is less obvious at first glance ihowever, is the advanced skill, sensibility and experience that characterises each of the works. From the immaculate precision of KAWS, Greg Bodin and Michael Dotson to the twisted hilariousness of Robert Lazzarini and Eric Parker, and from the more relaxed brushstrokes of Mira Dancy and Todd James to the disarming purity of Misaki Kawai and Austin Lee, Greek Gotham is a riot of inspiration and creativity that feels completely at home in the Cycladic gallery’s whitewashed, irregular rooms. A closer examination of each work rewards the more patient viewer with nuances and traits that can only be appreciated in real life and from up close.

While sitting at Dio Horia’s recently opened rooftop bar sipping a cocktail, I wonder why does Mykonos feel like such a natural choice for exhibitions like Greek Gotham. I guess it must be its appeal to the mythological, the pop and the extraordinary. Gotham is a name first-used for New York in the early 19th century, which then went on to become popular when Bill Finger used it in his Batman series —which has led to Gotham being understood as a metropolis both imaginary and real, a gothic-meets-science-fiction dystopia where superheroes fight supervillains on the rooftops of the common people. The Ancient Greek tradition abounds with mythologies of this sort, and in her text Maria Brito draws a direct comparison between the heroes of Gotham City and those doing great deeds at the foot of Mount Olympus 2,500 years ago. A similar comparison could be made between Mykonos and the nearby island of Delos, where the latter used to be a wealthy port, religious centre and commercial capital of the Eastern Mediterranean, centuries before the former became the definitive gathering spot for the world’s rich and famous. What all these places have in common is that they partially exist in the fantastical: New York, Gotham, Ancient Greece, Mykonos all owe their fame and attractiveness to the myth that surrounds them. What Greek Gotham does is then expose the myth to the penetrating Cycladic light, let hedonism and the aesthetic take over, dissolve geography; what remains is the addictive desire for a place we know doesn’t exist, a fiction that hinges on the real world but is for ever beyond its reach.