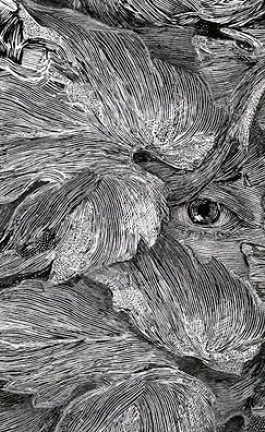 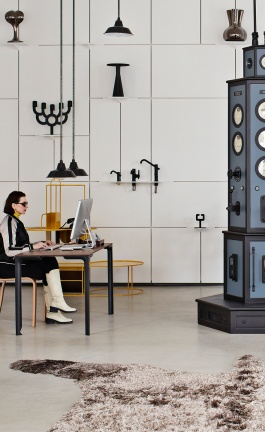 The work place as we know it is undergoing drastic changes with design firms like Morey Smith and Morgan Lovell revolutionising the way we use work spaces. Munich based Designliga’s Halle A is yet another example of a different spin on the modern-day office which interestingly also bridges the gap between the 21st century digital age and the labour focused work environment of the last century.

Although it may not necessarily push the boundaries quite as far as companies like Google have, the 650m2 former industrial workshop has been completely reworked to offer an unusually pleasant and ergonomic office to house both Designliga’s own staff and Form & Code (its strategic partner in Web and application development). Highly reminiscent of the German industrialisation period, the mid-20th century structure with its linear workspace has been fully adapted into a 21st-century office, all the while taking into account how the working world has evolved over the last century.

As CEO and Creative Director Sasa Stanojčić and Christina Koepf, Head of Interior Architecture and Design on the project note ''We aimed to create a space which immediately creates the desire in anyone entering it - client, colleague or supplier - to explore the place and become a part of it...'' For them, being constantly ‘connected’ has led to a loss of direct authentic contact with others and a ''growing longing for substance and personal commitment.''

In wanting to keep the warehouse’s original feel intact, Designliga made a point of keeping many of its original features such as the concrete floors cleverly upcycled with cross-grained parquet as well as the red brick walls and crane tracks. The industrial look was also further accentuated with more iron structural beams used to create the raised mezzanine floors. Light flooding in from the row of windows at eye-level serves to soften the space whilst soft plush sofas in the halls add a homey, more personal feel.

The lofty 10-metre high ceilings allowed for two model houses coined ‘the village’ – which act as a point of contact - to be built in the centre of the space. The area between the two houses forming the 'village square' encourages physical meeting between employees, their paths crossing as they make their way to various other spaces such as the conference rooms and the library. As the project brief itself reads: ''The village is the core element in the design of the hall, generating identity and serving as a symbol of manageable scale, proximity and personal involvement.'' Serving as a meeting place for the staff but also as a divide between workspaces, the houses help to create intimacy albeit without formal boundaries.

Two foreman’s offices which sit perched under the roof are another relic of the world of work dating from the last century. Originally used for supervising the floor below, they now serve the purpose of conference rooms, suspended above, with glass walls.

Designliga’s office space encourages creativity to be a natural part of life by blurring the lines between home comforts and an office. Urging visitors to explore every nook and cranny of its unusually arranged space, with its clean lines, sense of comfort and industrial feel throughout, Halle A has definitely succeeded at restoring that infamously lost closeness between people.